It’s official, Houston is the G.O.A.T., but you knew that, and we have the best Super Bowl halftime shows ever.

The NFL announced this weekend that the Pepsi Zero Sugar Super Bowl LI Halftime Show was the most-watched performance in the history of the broadcast.

The name sounds as good as Pepsi Zero Sugar tastes!

An estimated 118 million of Gaga’s closest fans tuned in during halftime to watch her tear it up at NRG, and a reported 150 million more have since watched online.

Any why wouldn’t they? Besides the fact that Lady Gaga is the best, undoubtedly, everyone watched to see if Houston would be as stripped down as it was the last time we hosted a Super Bowl.

If you’ll recall, that was in 2004, and Janet Jackson had a ton of skin in the game.

RELATED: It turns out that Lady Gaga’s epic jump from the roof of the NRG Stadium was just a “Perfect Illusion”

Begrudgingly, it is interesting to note that the halftime performance starring Left Shark ft. Katy Perry averaged around 118 million viewers, as well, with nearly 238,400 tweets per second during the NFL-sponsored acid trip. Gaga’s tweets came out to around 5.1 million total, and check out this cool heat map from Twitter on all the buzz during the game.

It would have been the biggest political statement of the century for Gaga to repeat the Janet shtick and expose a portion of her adipose tissue, not to mention a miracle if she had been able to get Justin Timberlake back in the studio with Timberland and out of Hollywood away from doing terrible movies. But that just would have been too predictable.

Instead, we kept it subtle this time, with Queen Teigen stepping up to the plate and baring it all to keep Houstonians relevant until that fateful day we again host Tom Brady and the Patriots.

RELATED: WATCH: As we watched the Super Bowl, Hyundai reunited three soldiers with their families

Belichick might be coaching from the cryo chamber at that point, but you know he’ll get the job done. 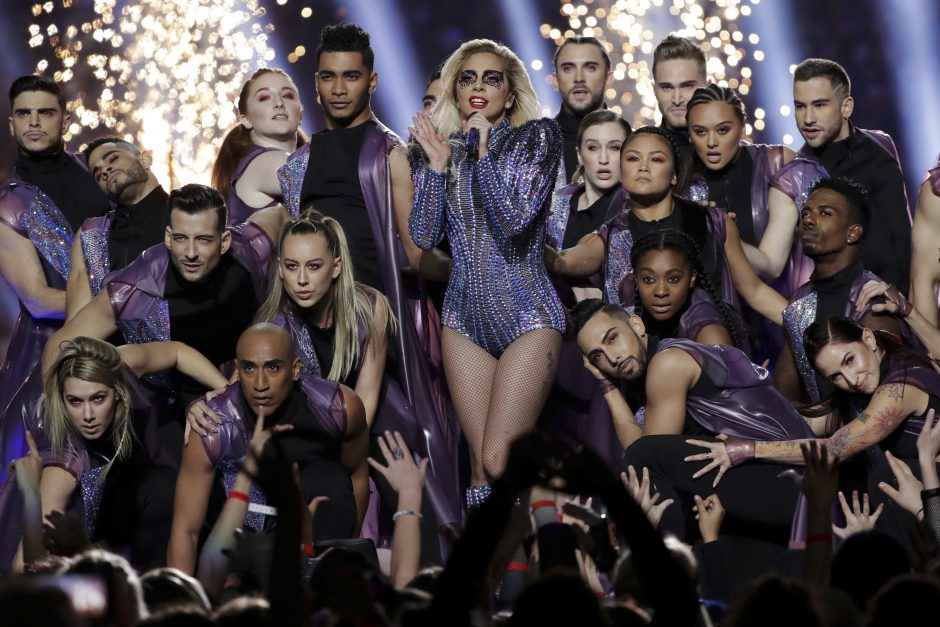