Hurricane Harvey prevented one Houston police officer from celebrating his birthday at home with friends and family, but that didn’t stop his daughter from singing him “Happy Birthday.”

Houston police officers and first responders have been working around the clock since Hurricane Harvey made landfall in Texas, forcing them to spend a significant amount of time away from their families. One officer celebrated his birthday on Thursday, and his young daughter called in the midst of the storm to sing him “Happy Birthday.”

The Houston police department shared a video of touching moment on Twitter, writing, “When #HurricaneHarvey keeps you from home on your birthday, you’re serenaded over the phone by your daughter #HoustonStrong.”

When #HurricaneHarvey keeps you from home on your birthday, you're serenaded over the phone by your daughter #HoustonStrong pic.twitter.com/ldHDHeBaaI

Hurricane Harvey has been ravaging through parts of Texas and Louisiana, claiming hundreds of thousands of homes and dozens of lives. The rising waters even led to a chemical explosion in Texas, and more could be possible. On Friday, White House Press Secretary Sarah Sanders announced during a press conference that President Trump will be donating $1 million of his personal money to the natural disaster’s relief efforts.

RELATED: His house was flooded, but this Friendswood man’s melody showed Houston hope after Harvey 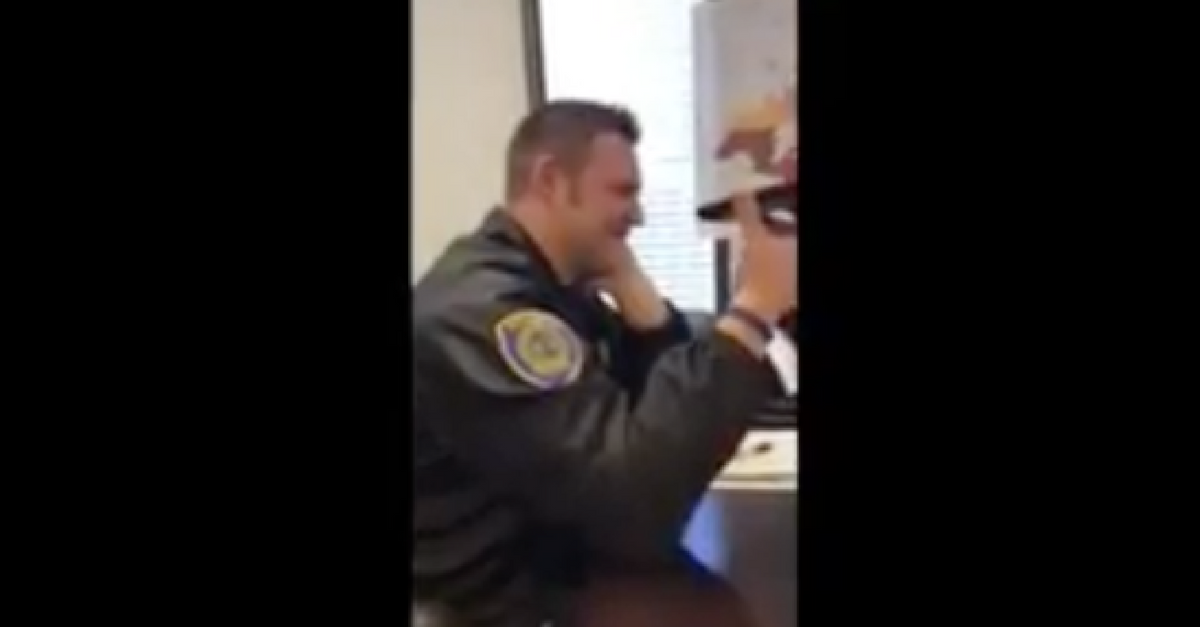