Menu
Follow us
Search
Menu
Search
FILE - In this May 30, 2013 file photo, Texas state Sen. Juan "Chuy" Hinojosa looks at maps on display prior to a Senate Redistricting committee hearing in Austin, Texas. Republican friendly voting districts may have helped the party win an additional four congressional seats last fall, the largest boost in the nation, according to a national Associated Press analysis, helping explain why a fiercely conservative state has moved even farther to the right in recent years despite a booming Hispanic population that tends to favor Democrats. (AP Photo/Eric Gay, File)

With the court order to redraw some of Texas’ congressional districts still on hold, things don’t look good for change in the coming election.

Texas lawmakers are still using the maps drawn in 2013 after a previous ruling, which were meant to be temporary, and trying to get them adopted ahead of the 2018 primary elections. Those maps were deemed discriminatory by Texas courts, who said they violated both the constitution and the Voting Rights Act. That order has been placed on hold by the Supreme Court while the state’s appeal is being processed.

Since things will remain as they have until the appeal is done, the upcoming elections look as though they’ll be using the same flawed maps as the previous two elections. That means that incumbents in those districts will probably keep their seats, and voters who might get a fair say if the maps were redrawn probably won’t.

However, according to the Texas Tribune, it is still possible for the courts to intercede.

There are several cases that set past precedent for holding new elections and redrawing maps after the votes have been cast, if the courts find fault with the maps or the election process. If the state ruling is upheld and the current district maps are deemed illegal, the courts can order a new election.

That exact thing happened in 1996 when the courts decided district maps were unlawful and ordered special elections in 13 Texas congressional districts, and again in 2006 when three districts were declared faulty and the primary results thrown out.

District maps are usually redrawn anyway after every census, when the population is recounted and demographics are determined and lawmakers are supposed to start from scratch. There are two more elections before that happens again in 2020. If the maps aren’t changed by then, its back to the drawing board.

RELATED: With the Supreme Court and Lone Star State at Odds, Texas’ Redistricting is Once Again on Hold. 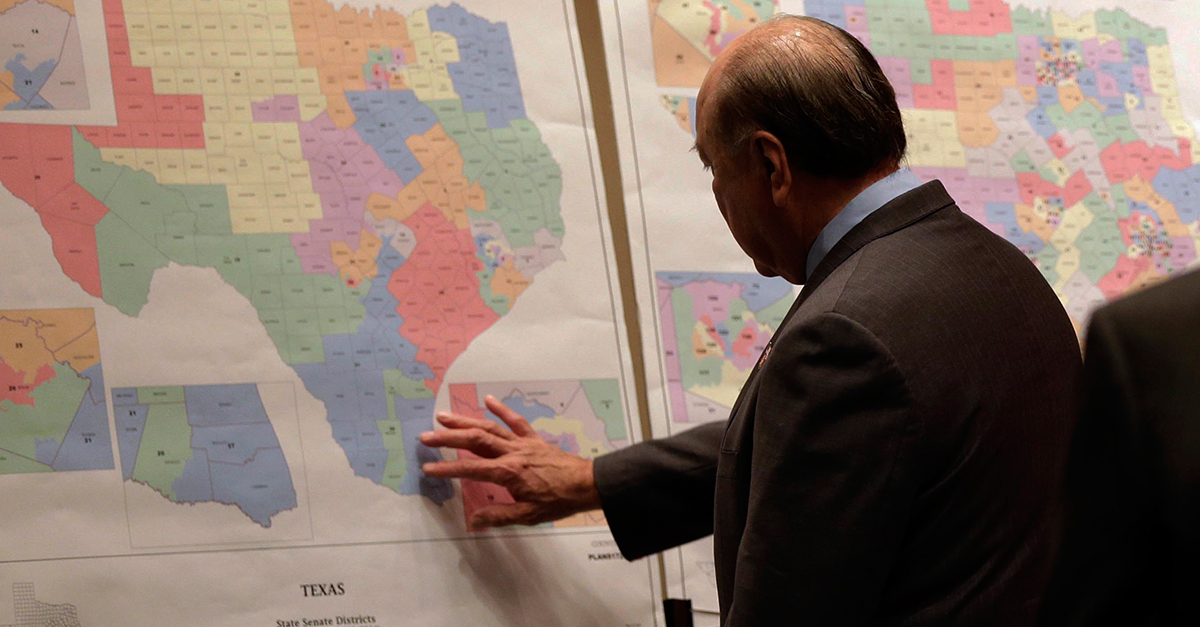