SPRINGFIELD, Ill. (AP) — Illinois Gov. Bruce Rauner used his veto power Tuesday to strip millions of dollars for Chicago Public Schools from a school funding overhaul, a move that could mean no districts get state money before classes begin.

The Republican removed help for Chicago Public Schools’ pensions along with money the district formerly received in the form of a block grant, along with other rewrites.

“With my changes, Illinois can achieve historic education funding reform that is fair and equitable to all Illinois’ children,” Rauner said at a Capitol news conference.

The bill now returns to the Democrat-controlled Legislature, where a three-fifths vote in both chambers is needed to either override Rauner’s changes or approve them to be able to send money to schools this year. Both options will be difficult. If neither chamber can muster the votes, or if there’s no vote within 15 days from when the veto is filed with the Senate, the legislation dies. If there’s a new plan, it would also face a three-fifths threshold in each chamber.

Ahead of Rauner’s news conference, Democrats warned any veto would undo years of work aimed at overhauling a school-funding formula that’s considered the most inequitable in the nation.

They urged Rauner not to engage in a “veto showdown” and to let Republican legislators continue closed-door negotiations that started over the weekend but fell apart Monday.

“If he vetoes the bill, the bill is dead,” said state Sen. Andy Manar, a Bunker Hill Democrat who sponsored the legislation. “That action will set us back decades.”

Rauner told reporters it would take a simple majority of legislators to approve his changes. But Democrats, citing a previous attorney general’s opinion, say more votes are necessary because the law would have to take effect immediately in order to get money to schools.

A new school formula is required as part of a state budget deal that legislators approved in July over Rauner’s veto, ending an impasse that reached a third year.

Without the new school funding legislation, districts won’t get paid. The first payment to schools is due Aug. 10.

No Illinois school has reported that it’ll be unable to open on time, according to the Illinois State Board of Education. However, many say they’ll only be able to last a few months.

In a southern Illinois district in West Frankfort, Superintendent Matt Donkin said there’s only enough money for the district with about 1,750 students to meet payroll “a few times.”

“That leaves a lot of uncertainty,” Donkin said this week, likening the start of school to getting ready for takeoff in a plane with insufficient crew and an engine running half-speed.

“I don’t know that you want to ride on that plane,” he said. “But those are the effects that these funding battles have had. And it’s not for the champagne and caviar in first class … It’s for the books, for the supplies, for those last-minute things.”

Democrats approved the legislation in May but held on to it in what they said was an attempt to persuade Rauner not to use his threatened veto. The governor accused them of sitting on the bill to force a crisis, and set a Monday deadline for them to send him the measure.

Lawmakers from both parties agree the 20-year-old calculation currently used to fund public schools is unfair and forces school districts to rely heavily on property taxes, creating huge disparities in per-student funding. But they’ve clashed over how to fix it.

Democrats insist the proposal is fair since Chicago is the only Illinois district that pays the employer portion of teacher pension costs. Rauner has repeatedly called it a “bailout.”

He used his veto authority Tuesday to strip that money from the bill, saying it should be part of separate legislation governing pensions. But that cannot be done via an amendatory veto, even if Democrats were to agree. Instead, separate legislation would have to be approved.

Rauner also removed $250 million that the nation’s third-largest district received as a block grant. Republicans say the grant provides more money than Chicago would receive if the amount were calculated based on enrollment — the way other districts get certain funds.

Rauner said Tuesday the money he removed would be redistributed to other struggling districts under his plan, though that only happens if the Legislature approves the changes.

This story has been corrected to show lawmakers approved a state budget in July, not earlier this month. 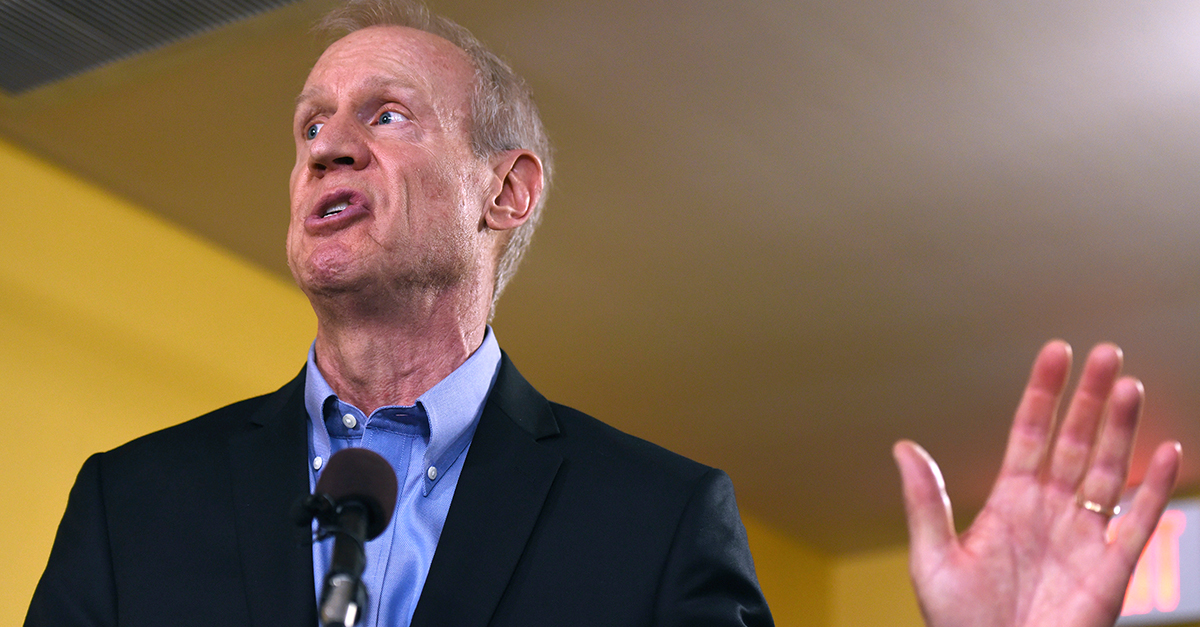