Country music superstar Jason Aldean and his stunning bride of nearly two years, Brittany Kerr, continue to show just how strong they are as a couple.

And, perhaps looking back on the fond memory of their wedding day helps keep their love alive.

RELATED: Jason Aldean and wife Brittany kick off 2017 with another rocking and rolling karaoke video

Fans may recall that the two exchanged vows in March of 2015 during a romantic ceremony on the shores of Cancun, Mexico. But, beachside or not, Brittany says she would’ve married her man anywhere!

“He wanted to get married at the beach so it was mostly his side [of the family],” Brittany recalled during a recent podcast interview for “Hyper Caroline Hobby,” “but I was kind of like, ‘I don’t care because at the end of the day I get to marry you, and it’s all good. Wherever we go, I don’t care.’”

For the ceremony, Brittany donned an elegant long-sleeved bridal gown, while Jason wore a tan tuxedo. The two also got to enjoy a picture-perfect background of tropical trees and sunshine.

But, that’s not to say that the lovebirds didn’t come across some unwanted interruption.

“The weather was awesome, but the paparazzi can kiss my butt. They were in a boat at the end of the aisle,” said Brittany, “So I’m coming up over this sand dune, and I’m like, my husband’s at the end of it, and there are cameras everywhere in the boat.”

Despite the photographers’ curiosity, Brittany says she made sure not to let anything come between her and Jason’s beautiful moment.

RELATED: Jason Aldean and wife Brittany announce a new addition to their family

Brittany and Jason will celebrate their second wedding anniversary on March 21, 2017. 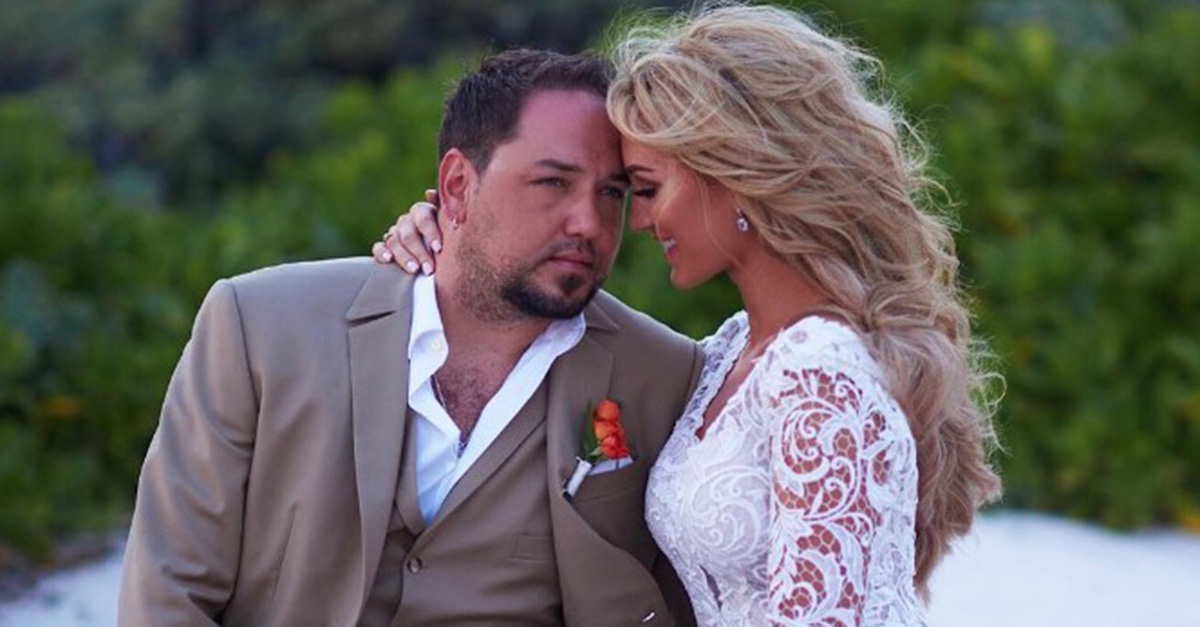