During the 2017 Oscars ceremony, host Jimmy Kimmel couldn’t help but include his classic “Mean Tweets” segment from “Jimmy Kimmel Live!” and utterly roasted some of the night’s nominees.

Pregnant Natalie Portman, who was unable to make the actual ceremony, appeared in the pre-recorded video and read a mean tweet in which a Twitter user accused her of never ordering an entree at dinner. Portman promptly looked at the camera and rubbed her belly to dispute the claim.

Others who got a laugh at their own expense by reading mean tweets were Ryan Gosling, Emma Stone, Miles Teller, Samuel L. Jackson and Robert De Niro, among others.

Check out the full clip that had all audience members, those present and those at home, in stitches!

RELATED: Host Jimmy Kimmel pulled a prank on unsuspecting tour bus riders who had no idea the Oscars was their next stop 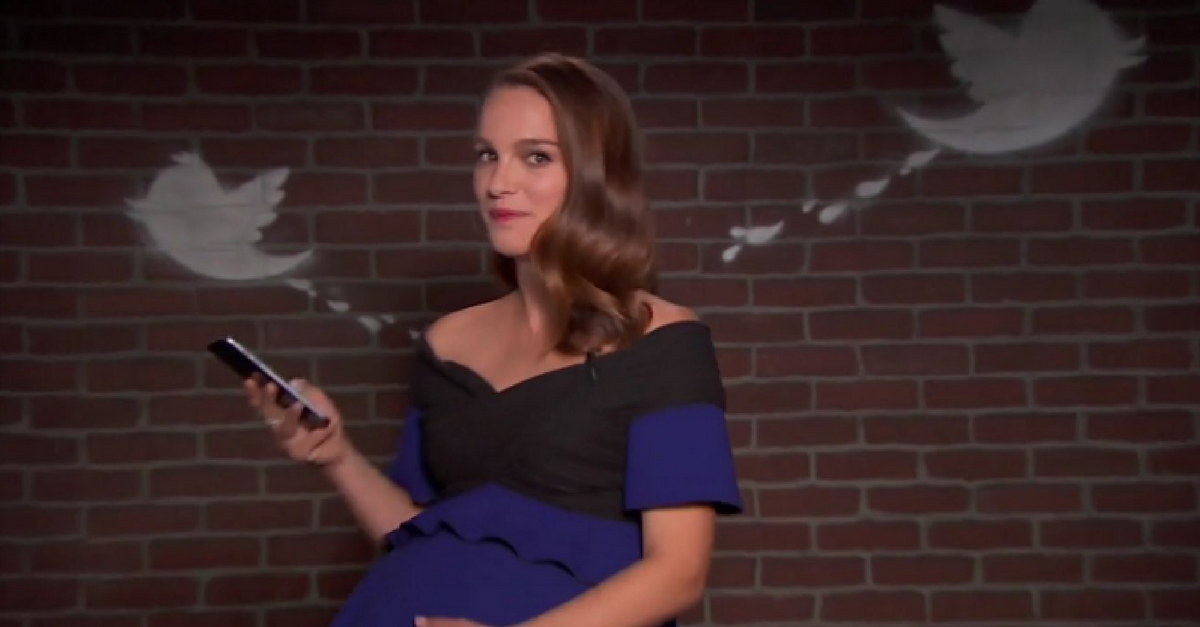