'Hey @realDonaldTrump u up?' #Oscars pic.twitter.com/9CSsSFKG8Q

Just over two hours into the ceremony, Kimmel took to the stage to check in on the president. Sharing the image of his phone, Kimmel tweeted directly at Trump.

RELATED: Host Jimmy Kimmel pulled a prank on unsuspecting tour bus riders who had no idea the Oscars was their next stop

“Hey, @realdonaldtrump, u up?” he wrote.

Hey @realDonaldTrump u up?

He also teased Meryl Streep once again and pretended to tweet at Trump once more.

We can’t wait to see if Trump responds. 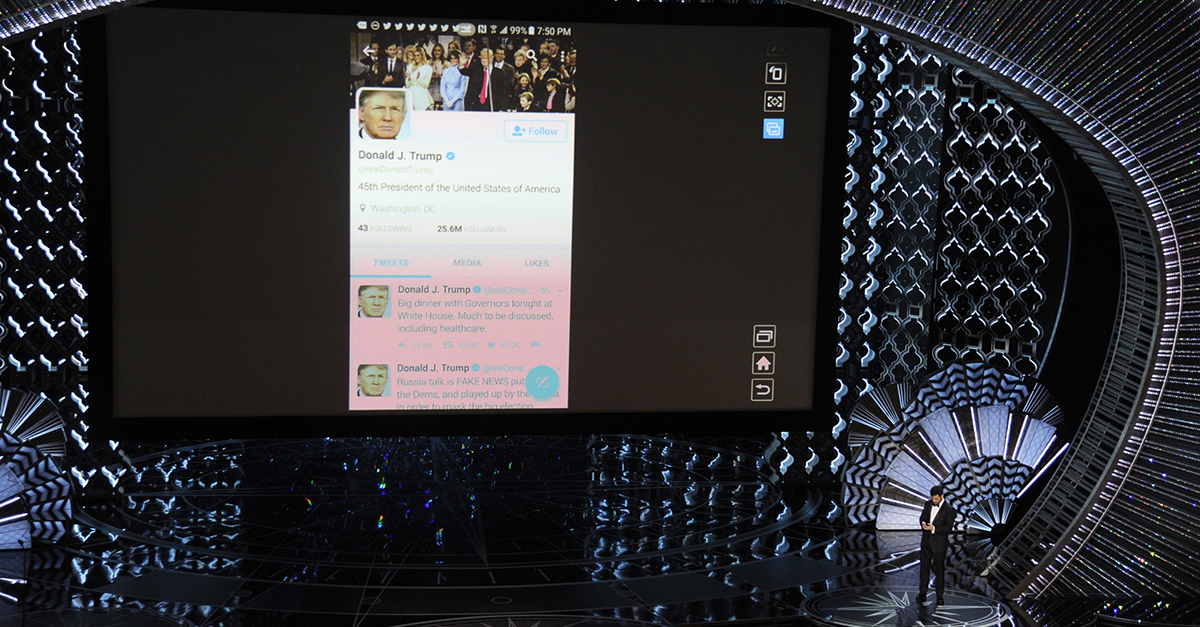