Menu
Follow us
Search
Menu
Search
HOUSTON, TX - SEPTEMBER 03: Joel Osteen, the pastor of Lakewood Church, stands with his wife, Victoria Osteen, as he conducts a service at his church as the city starts the process of rebuilding after severe flooding during Hurricane and Tropical Storm Harvey on September 3, 2017 in Houston, Texas. Pastor Osteen drew criticism after initially not opening the doors of his church to victims of Hurricane Harvey. Harvey, which made landfall north of Corpus Christi on August 25, dumped around 50 inches of rain in and around areas of Houston and Southeast Texas. (Photo by Joe Raedle/Getty Images)

Lakewood Church pastor Joel Osteen dedicated his Sunday message to Hurricane Harvey following a week of scrutiny when his church’s doors were closed in the early aftermath.

“We’re not going to understand everything that happens, but having a ‘poor old me’ mentality or ‘look what I lost’ or ‘why did this happen,’ you know that’s just going to pull you down,” he said.

Osteen put an added focus on moving on recovering after the storm.

RELATED: You may be shocked to learn these religious groups stand undivided to shelter in Harvey’s survivors

“So let’s don’t have a victim mentality, let’s have a restoration mentality,” he continued. “Lord, we thank you, that you’re going to pay back what belongs to us.”

As people remain split on the truth, some church members alleged that parts of the building were flooded. Filmmaker Tyler Perry revealed in a video that he spoke with Osteen and Osteen’s wife, Victoria, and was told that there were safety concerns. 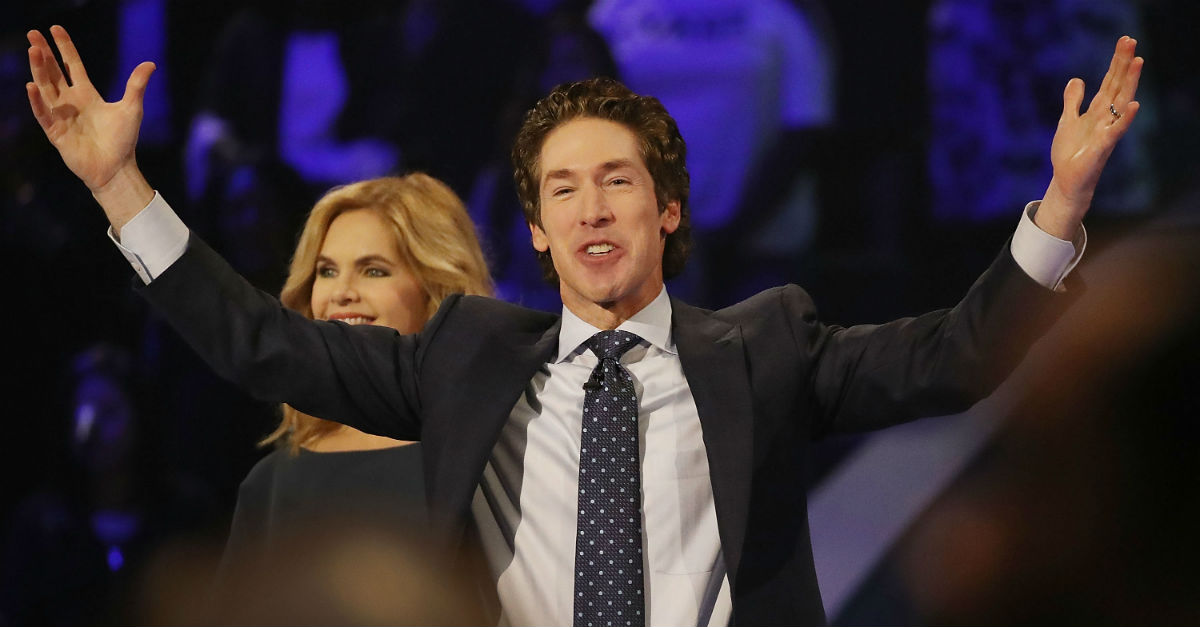