Bravo star Kim Zolciak-Biermann is no stranger to scantily-clad outfits, but her latest Snapchat selfies are causing quite the stir. The photos and accompanying video features Zolciak-Biermann sporting a nude bikini bottom and and clear bandeau top with a teeny nude strip covering her nipples.

“How cute is this little number?” the reality star asked as she modeled the suit in a video. “I think it’s like super cute. I mean, obviously it’s not something I would wear on a family trip, but something for my hubby? Yeah? Fits perfect!”

For one of the photos, Zolciak-Biermann wrote, “Perfect fit” as the caption. For another photo she revealed that her “own line” of bikinis is coming soon.

The “Real Housewives of Atlanta” alum is also set to return to the show in an upcoming episode that is sure to be filled with drama. She last appeared on season 5 when she refused to go on a girls’ trip with her fellow cast mates, which did not go over well with the other ladies.

RELATED: Kim Zolciak-Biermann Skyped into “Dancing with the Stars” and broke some bad news to viewers 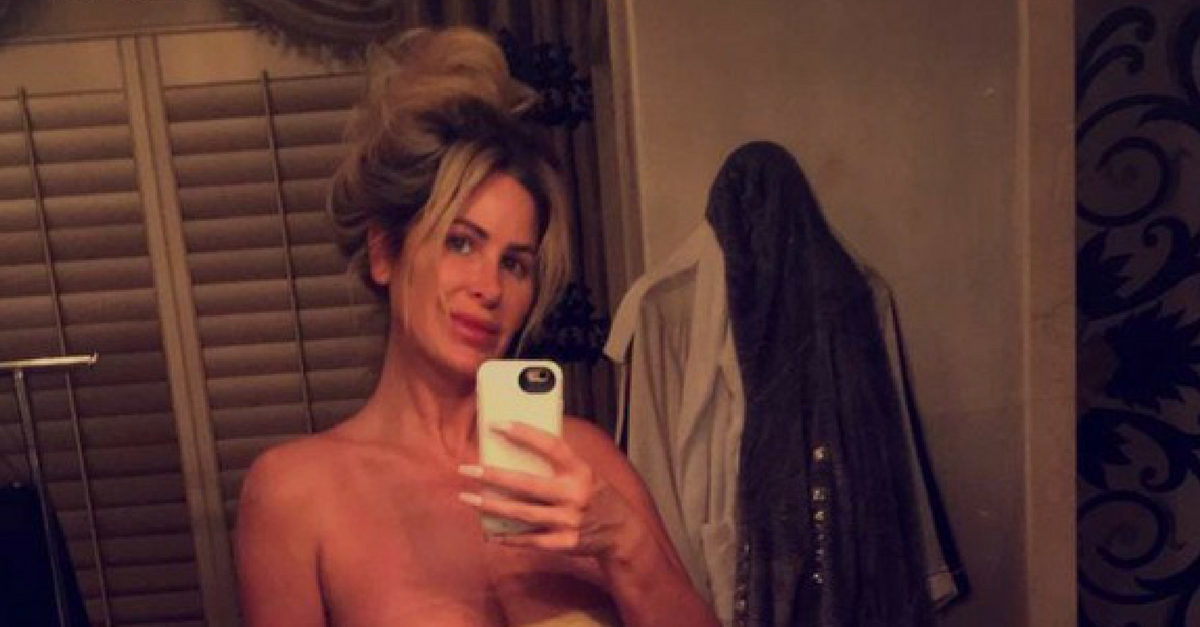