Meghan Markle and Prince Harry certainly are in love!

The couple sat down for their first interview since announcing the engagement on Monday in London.

Harry told the BBC that he was first introduced to Markle on a blind date, and neither knew much about the other before their first meeting. The two were set up by a friend and got to know each other while camping in Botswana, a place that will always be special to them.

As for the proposal, Harry said he surprised his lady love on a “typical night” for them.

“It was just an amazing surprise. It was so sweet and natural and very romantic,” Markle said, adding that Harry (of course) got down on one knee, and she said “yes” immediately.

“She didn’t even let me finish!” Harry added. “I was like, ‘Can I give you the ring?’ It was a really nice moment. Just the two of us.”

He continued, “And I think I managed to catch you by surprise as well.”

The couple really bonded by keeping their relationship as private as possible. Markle also admitted that she has met several members of the royal family in the year that they have been dating. He also shared that meeting Queen Elizabeth II was “incredible.”

“When I met her, I had such a deep understanding and, of course, incredible respect for being able to have that time with her,” Markle said.

“And the corgis took to her straight away,” Harry chimed in of the queen’s famous dogs. Markle laughed and added that the corgis, who usually favor the queen, were “just laying on [her] feet during tea.”

Markle, a dog lover herself, brought one of her pups with her to London, but the other is being looked after by a friend as she plans her royal wedding.

Harry also took the time to open up about his family’s warm welcome of Markle since the pair went public with their relationship.

“The family together has been absolutely solid support,” he said. “And my grandparents have been wonderful throughout this whole process. How they haven’t told anybody is a miracle in itself.”

Markle admitted that her parents and close friends were concert about the “media storm” she was swept up in during the beginning stages of the relationship but overcame it when they saw the happiness between the two. Harry has met Markle’s mother, Doria Ragland, many times but has not yet been formally introduced to her father, Thomas Markle.

RELATED:What Prince Harry did before proposing to Meghan Markle is making our hearts sing

The primary things on many royals fans’ minds as the couple made their big announcement were the details surrounding Markle’s new bling. Harry designed the band himself, using a center stone from Botswana and two diamonds from his mother’s private jewelry collection. Wearing the modern heirloom is very special to the American actress.

“It’s so important for me to know that she is a part of this with us,” she said of her ring designed by the prince. “It’s incredibly special which links where you come from and Botswana, which is important to us; it’s perfect.”

As for what the late Princess Diana would think of Markle, Harry had no doubt that they would be the best of friends if his mother was alive.

“They would be thick as thieves. I think she would be over the moon, so happy, jumping up and down for me. She would probably be best friends with Meghan. It is days like today where I miss having her around to share the happy news. With the ring and everything else that’s going on, I’m sure she’s with us and jumping up and down somewhere else,” Harry said of his late mother.

The couple are planning for a spring 2018 wedding. 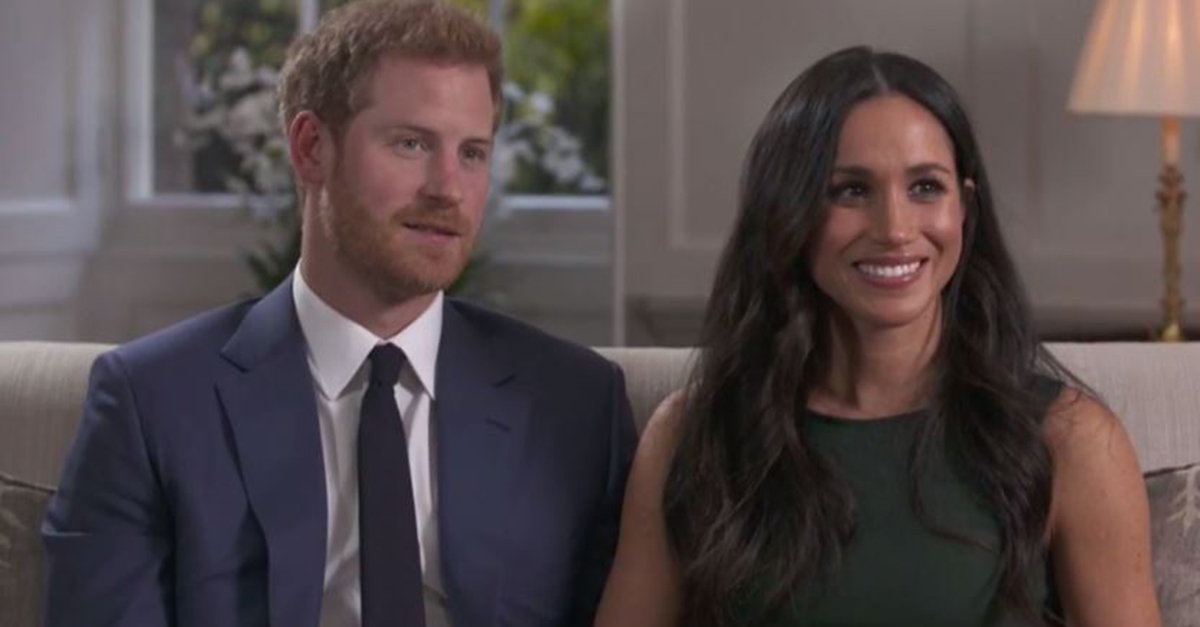