Everyone is waiting for Ronda Rousey to get back into the octagon after she lost to Holly Holm back in November. Along with a Holm rematch, one of the most anticipated bouts for Rousey is one with the current UFC women’s bantamweight champion Miesha Tate.

Tate has had no qualms about calling Rousey out in the past few months, and an appearance on “Conan” with Conan O’Brien was no different.

“I’m at the best point of my career, and she’s at the worst.”

Hard to argue with that. Tate is the current champ, while Rousey hasn’t firmly hinted whether or not she will ever actually fight again. In fact, Tate goes as far as to question if Rousey even has it in her to come back from a loss.

“I’ve been defeated before, but I’ve come back stronger for it. And I question whether she will be able to do the same […] I’m not saying she won’t come back. I just don’t know if she’ll come back the same, because she seems awfully, um… pouty about the loss.”

As Conan and Andy Richter say, “pouty” is a very good insult for Tate to throw out there right now.

Tate and Rousey have met twice before in their careers, with Rousey winning both fights by armbar submission. Just a year ago, many would have considered a third match up between the two as pointless; however, with Rousey’s record containing a blemish now and Tate as the current title-holder, a third match up would definitely be a big money-maker for the UFC.

Nonetheless, Tate won’t be fighting Rousey next. Instead, it will be Amanda Nunez getting a shot at Tate’s title, July 9 at UFC 200 from Las Vegas. 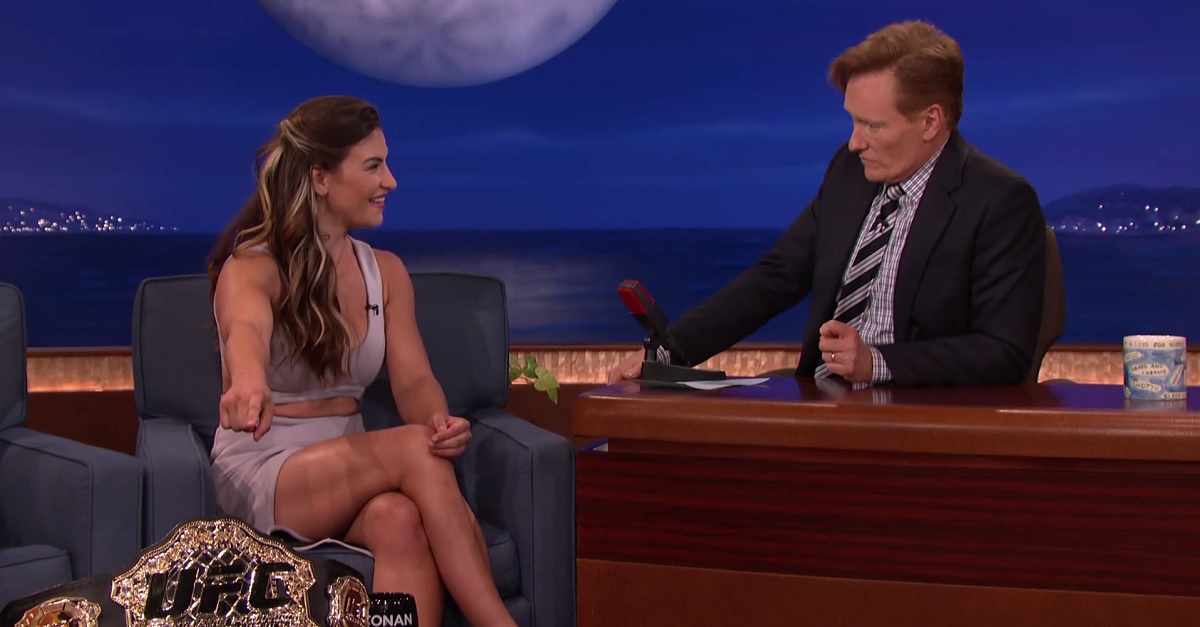