Mongolian wrestling coaches lost their shirts and their minds on Sunday after they saw their Olympic contender lose out on a bronze medal in the final seconds after judges assessed a penalty point for celebrating early.

RELATED: Watch how a U.S. runner reacted to learning he was disqualified on live TV

Mandakhnaran was apparently punished in the final seconds for celebrating his would-be victory too soon.

Mongolia’s wrestling coaches weren’t happy with judges’ decision…so they protested by stripping off their clothes 😳 pic.twitter.com/K6Hre4u5uG

That's one way to protest against a decision..
The Mongolia coaches are not happy. #wrestling pic.twitter.com/wWMcrwwqEg

Rough day at the office. 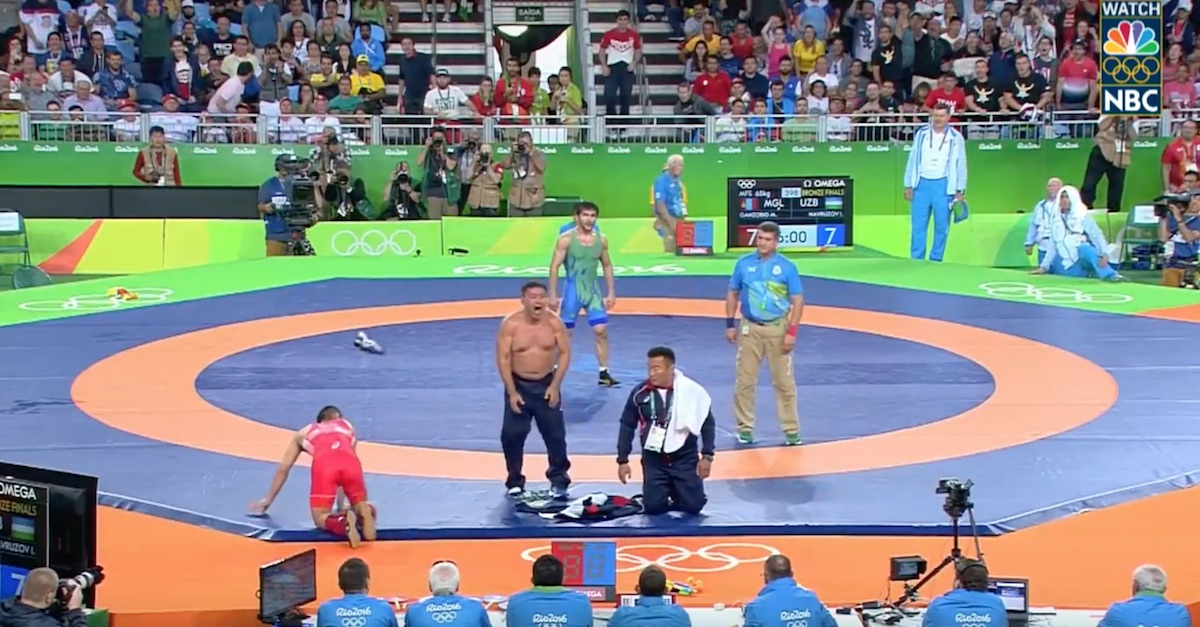