A mother and daughter had a nightmare of a flight when they were bitten by stowaway bedbugs on their trip.

Heather Szilagyi was on a nine-hour-long British Airways flight with her fiance and her 7-year-old daughter when she says she saw the insects crawling around on the seat in front of them. She recalled to the National Post, “To actually see them pouring out of the back of the TV on the seat, that was actually really gross.”

Heather took a series of photos that show the nasty bites that the creatures left on her daughter. She worked in hotels for years and says that she recognized the insects immediately.

A British Airways spokesperson said in a statement that bedbugs on flights are extremely rare, but added, “Nevertheless, we are vigilant and continually monitor our aircraft. The presence of bedbugs is an issue faced occasionally by hotels and airlines all over the world.”

RELATED: His girlfriend woke up with bites all over — when he flipped over the mattress, he discovered the awful cause

Heather told CTV that they had trouble getting in touch with somebody from the airline until they finally posted about the incident online. She explained, “I’m not asking for money, I’m not asking for anything.” On their way home, the airline flew them first class, and she noted that there were no bed bugs on that trip. 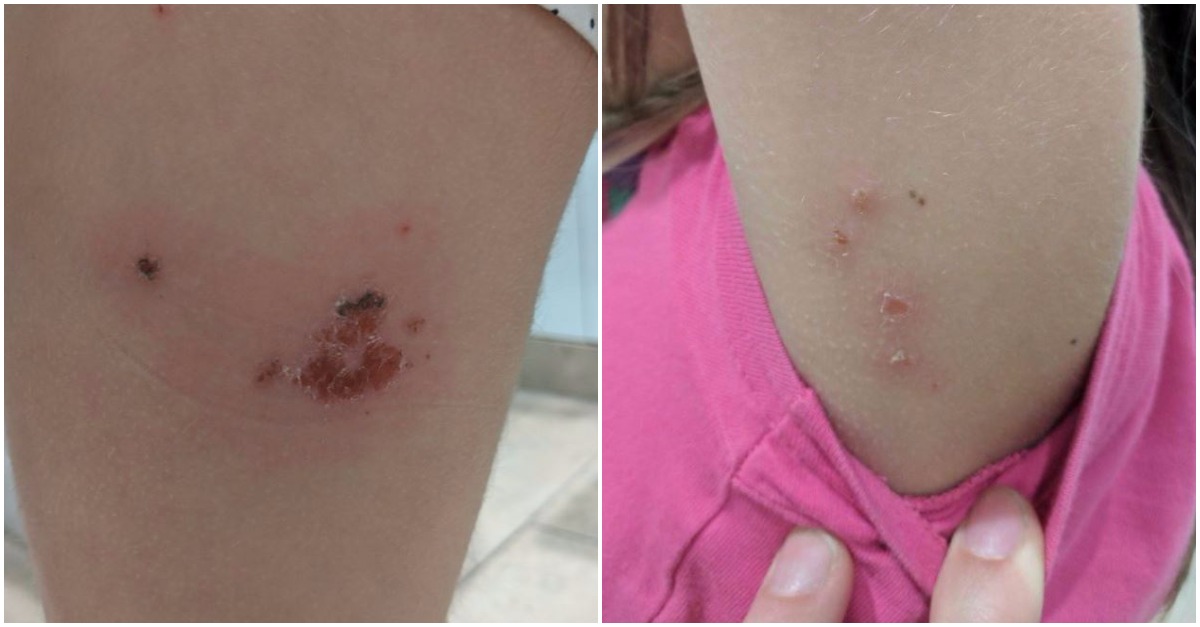