In March, when Donald Trump’s inevitability was more accomplished than most of us realized, I saw a silver lining to his popularity and then-potential presidency: Simply imagining Trump in the White House was enough to make many people understand for the first time just how dangerous our too-powerful executive really is.

The rise of Donald Trump—no matter what else one thinks of him—has one big advantage, I argued, because it perfectly illustrates what we libertarians have been saying for years, namely that the executive branch has way, way, way too much power.

To be sure, there are a lot of specifics about Trump’s personal character and policy agenda that make his win troubling in its own right. But any candidate’s win (very much including Hillary Clinton) would have been troubling for a structural reason much bigger than Trump himself.

Indeed, as I said in March, what really makes “President Trump” so scary for those who oppose him is that (bureaucratic and congressional foot-dragging aside), they know that the modern imperial presidency would give Trump enormous power. And though some may have been comfortable seeing that power in the hands of a Clinton, or a Bush, or an Obama, envisioning it under Trump’s control reveals this overgrown executive for the horror it is.

I’m far from the only one to make this observation. Here’s Trevor Timm at The Guardian:

The nightmare that civil libertarians have warned of for years has now tragically come true: instead of dismantling the surveillance state and war machine, the Obama administration and Democrats institutionalised it — and it will soon be in the hands of a maniac.

Libertarians should be girding themselves for four years of the federal government trampling their freedoms—but of course, we’ve come to expect that regardless. As I wrote on Facebook earlier tonight, it’s perhaps moments like this where the case for the libertarian vision of a constrained government is most powerful.

Limited government means that, no matter how bad a person is who holds office, he or she lacks the tools necessary to inflict great damage on the population.

Under a small government with limited and well-defined powers, Americans are safer, not because a “good guy” won the election, but because the institutions he or she controls cannot be used as tools of oppression. This is what the old liberals meant when they spoke of “a government of laws and not of men.”

And Conor Friedersdorf at The Atlantic:

[Many of Trump’s worried opponents have not] yet acknowledged their bygone failures of imagination, or granted that civil libertarians were right: The establishment has permitted the American presidency to get dangerously powerful.

The sad thing is that it took Trump running and winning for so many — left and right alike — to come to this realization.

As long as previous presidents and would-be presidents stuck inside our culture’s script for how politicians are supposed to behave, many were all too willing to turn a blind eye to the excessive, corrupting authority occupying the Oval Office imparts.

Now that Trump is president-elect, the grim reality of the imperial presidency has come home to roost. The best possible development for the next four to eight years is to cut this office down to size — to limit Trump’s power, yes, but more importantly to limit the power of every president to come. 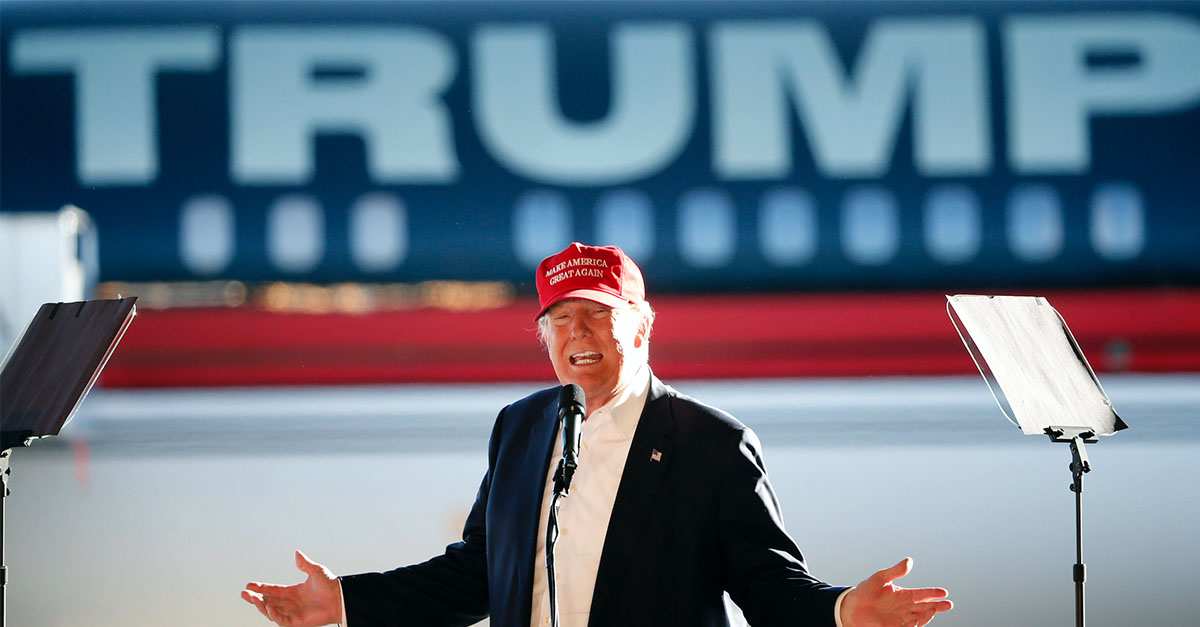