The Chicago police officer who was found in a controversial photo on Facebook said he has been fired from his job at a Hubbard High school as a security officer and is being harassed online.

The photo displays 22-year Chicago Police Department John Catanzara in uniform, standing with a U.S. flag in front of a police cruiser with a sign that states, “I stand for the anthem. I love the American flag. I support my president and the 2nd Amendment.”

Many have called for Catanzara to be fired – referencing the Facebook posts from the officer’s personal page while others praise him for speaking up. This past Wednesday, the Police Department said the officer would face a reprimand as officers are forbidden from making political statements while on duty.

Earlier this week, two other officers were also reprimanded by the Police Department when an activist shared a photo of them kneeling with raised fists as a protest, while on duty.

RELATED: The NFL protest debacle is a great opportunity to cut off taxpayer funding for pro sports

Catanzara has been working at the high school for four years but was informed he would be reassigned on Thursday morning. Both the officer and his girlfriend have faced much harassment on social media where people have been posting photos of his home and commenting where he leaves his car.

“The backlash is one thing, but removing me from the school has definitely been the toughest part of this so far,” Catanzara said. 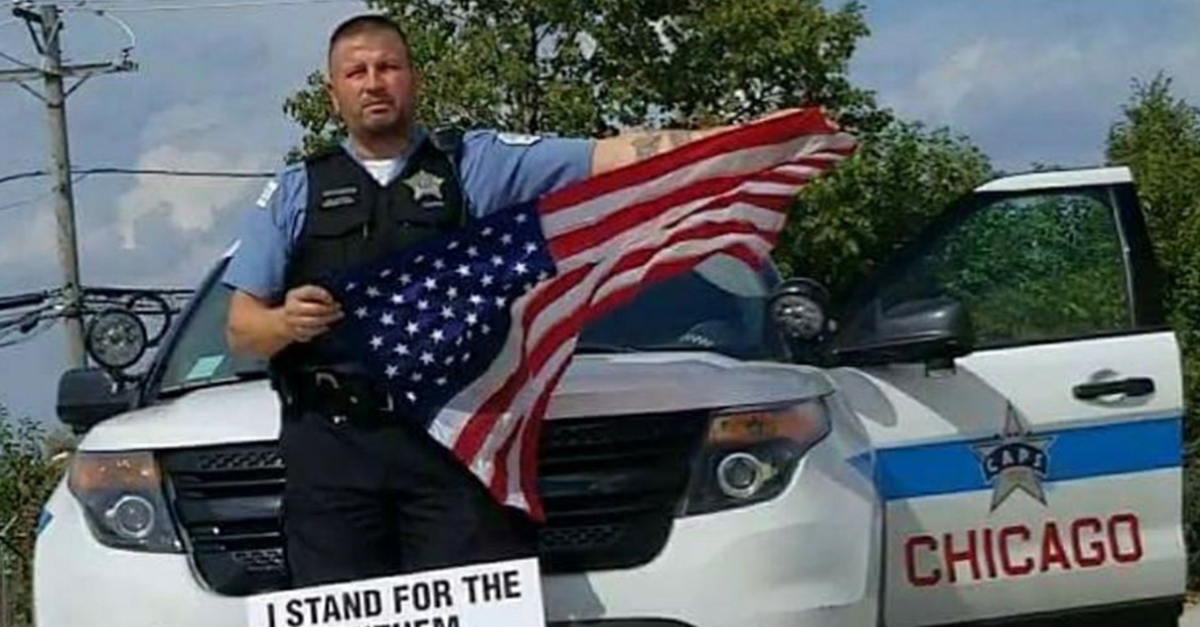