Asghar Farhadi was noticeably absent at this year’s Academy Awards.

On Sunday night, Farhadi won the Oscar for his work on the foreign film “The Salesman,” and instead of showing up to accept his award, he sent a colleague, who read his acceptance speech for him.

“It is a great honor to be receiving this valuable award for the second time,” she started before listing his thank yous. “I am sorry I am not with you tonight. My absence is out of respect for the people of my country and the other six countries whom have been disrespected by the inhumane law that bands entry of immigrants to the U.S..”

RELATED: This actor just became the first Muslim to ever win an Academy Award

“Dividing the world into the ‘us and our enemies’ categories creates fear. A deceitful justification for aggression and war. These wars prevent democracy and human rights in countries which have themselves been victims of aggression,” she said.

Farhadi went on to applaud filmmakers for creating “empathy” in this world and bringing attention to the pressing political issues. 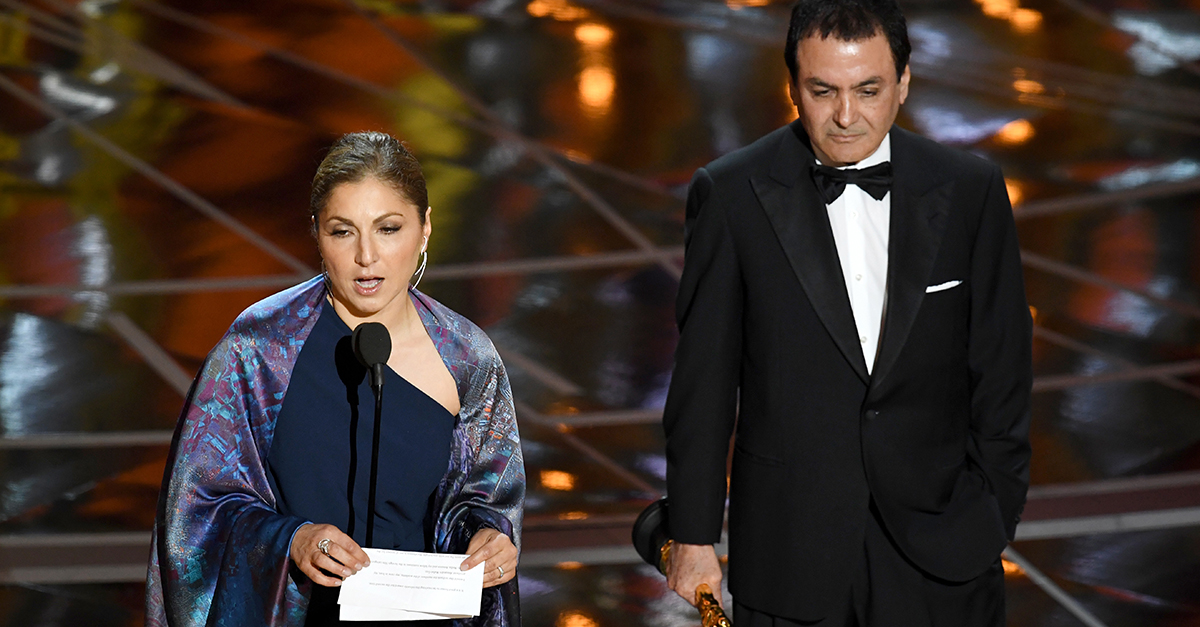