Houston’s Furr High School has come up with an antidote to the traditional job interview for prospective teachers. Instead of the standard one-on-one interview with a big wooden desk and uncomfortable chairs, the leaders at this unconventional high school measure a teacher’s potential by their ability to navigate through an “escape room” game.

Interviewees were placed in the teacher’s lounge and not allowed to leave until they solved a series of puzzles together. The game required them to escape the room before it filled with “deadly gas” from smoke bombs. The activities required to escape the room involved collaboration, ingenuity, and logical thinking. School administrators would watch the group’s progress from a live video feed in the school’s conference room.

RELATED: A graduating valedictorian criticized his school administration as authoritarian — and then officials proved his point

Furr High School was one of ten schools in the U.S. to receive a grant from the XQ Institute, a foundation created by Laurene Powell Jobs, widow of the late Apple Computer co-founder Steve Jobs. The grant has allowed the school to depart from traditional teaching methods and establish its own practices, including the use of the “escape room” to measure how well teachers react under stress.

Principal Bertie Simmons came up with the idea as a way to evaluate potential teachers’ creativity, perseverance, and initiative. Those who “escaped” from the lounge would be called back for the standard interview process.

RELATED: A group of high school journalists did some serious digging and handed their principal a pink slip

While the practice is unique among high schools across the country, it does have some historical precedent. Jamie Belinne, the assistant dean for career services at the Bauer College of Business at the University of Houston, remarked that investment firms have used “stress tests” to evaluate potential employees since the 1980s. However, she expressed her doubts on the technique’s effectiveness in evaluating teachers.

“When you’re measuring people, the measurements that you do need to clearly relate to the actual competencies you’re hiring for,” Belinne said. “If someone’s not selected, you do run the risk of them coming back and saying, ‘I wasn’t fairly measured.’” 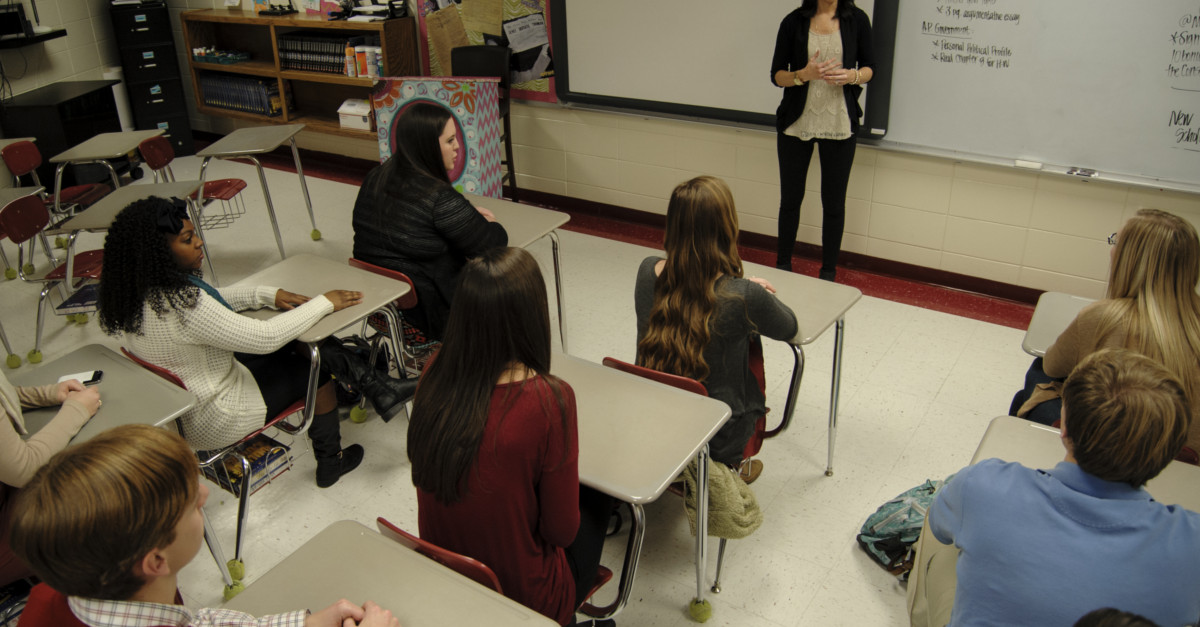