Steve Harvey is so relieved that someone else is the butt of jokes following the Oscars Best Picture flub. On Sunday night, Warren Beatty and Faye Dunaway announced that “La La Land” was the Best Picture, and several acceptances speeches later, it was revealed that “Moonlight” had actually won.

“I want to tell you what happened. I opened the envelope because it said, Emma Stone, ‘La La Land.’ That’s why I took such a long look at Faye and you,” Beatty said during the ceremony. “This said, ‘Moonlight.’”

RELATED: An “alive and well” Australian movie producer was mistakenly added to the In Memoriam segment at the Oscars

Right away, host Jimmy Kimmel made jokes and references at Harvey’s expense.

“Guys. This is very unfortunate, what happened,” Kimmel said during the chaos. “Personally, I blame Steve Harvey for this.”

Harvey took to Twitter Monday morning with some kind words for Beatty.

“Call me Warren Beatty. I can help you get through this! #Oscars,” he wrote.

According to E! News, the television host also shared his thoughts on the blunder during his morning radio show.

“Yeah, I know all about this,” he said. “I know more than anyone else in the world about this. I am the creator of these moments. The epicurean of this.”

He went on, “Me and Warren, we handled it great. At least the producers of the Oscars walked out with [Beatty] […] and they corrected the mistake on the night.”

Yet Harvey felt sympathy for Beatty.

“Warren I know your pain! I can help Warren get through this. I’m [going to] show him how to handle it with dignity and grace,” he exclaimed. “Thank God for producers who stand strong with their talent. Thank God for men and women willing to go out there and put their job on the line, unlike waiting until the next day to handle it in the press […] I alone walked the walk of shame down that runway, no flowers in my hand, no crown on my head, just a microphone and a look of, ‘Oh hell no.'”

Harvey ended his thoughts on the matter with one final quote from Martin Luther King Jr.

“In closing I would like to say in the words of Martin Luther King […] ‘Free at last, free at last, Thank God almighty, I’m free at last.’ It ain’t just me!” he said. 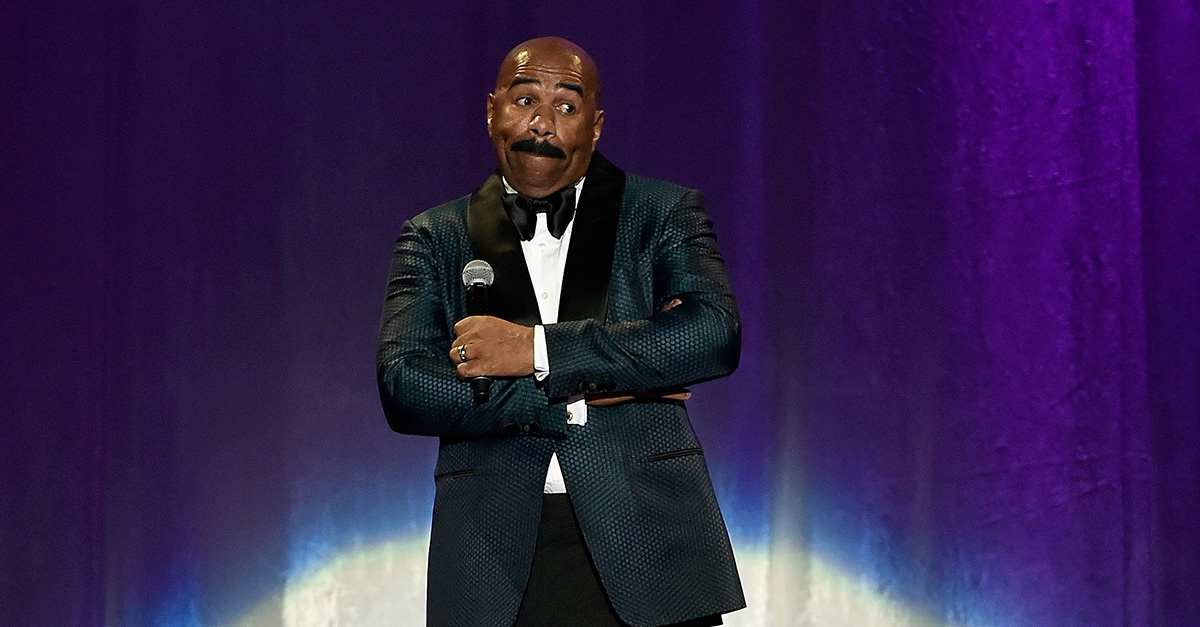