Police in Texas are on the hunt for 25-year-old Megan Boulter, who is wanted on charges of aggravated robbery and child endangerment. But they’re having a tough time locating their suspect, so they’ve taken to their Facebook page to ask the community for help in their search. Unfortunately, the Kaufman Police Department doesn’t seem to have a mugshot of Boulter. Instead, they uploaded a number of pictures of her making ridiculous faces, and even a few with wild hair colors.

RELATED: Girl takes to Twitter to criticize “KKK” sign at baseball game, but there’s one big problem her outrage

On the Facebook post, the Kaufman PD wrote, “[Boulter] is believed to be hiding out and moving between Kaufman, Van Zandt and Dallas County with the help of a male friend.” According to the Houston Chronicle, the suspect led police on a high-speed chase after running over a Wal-Mart employee and shoplifting from the store. Police also believe that Boulter’s 5-year-old daughter was in the car during the chase.

She has been on the run since July 2. Kaufman Police Captain Edward Black told the Houston Chronicle, “We’re one step behind her. I hope she comes in before she gets anybody or herself hurt.” The wild pictures of the suspect have grabbed attention online, where the Kaufman PD’s post has been shared over 3,200 time in the past two days. 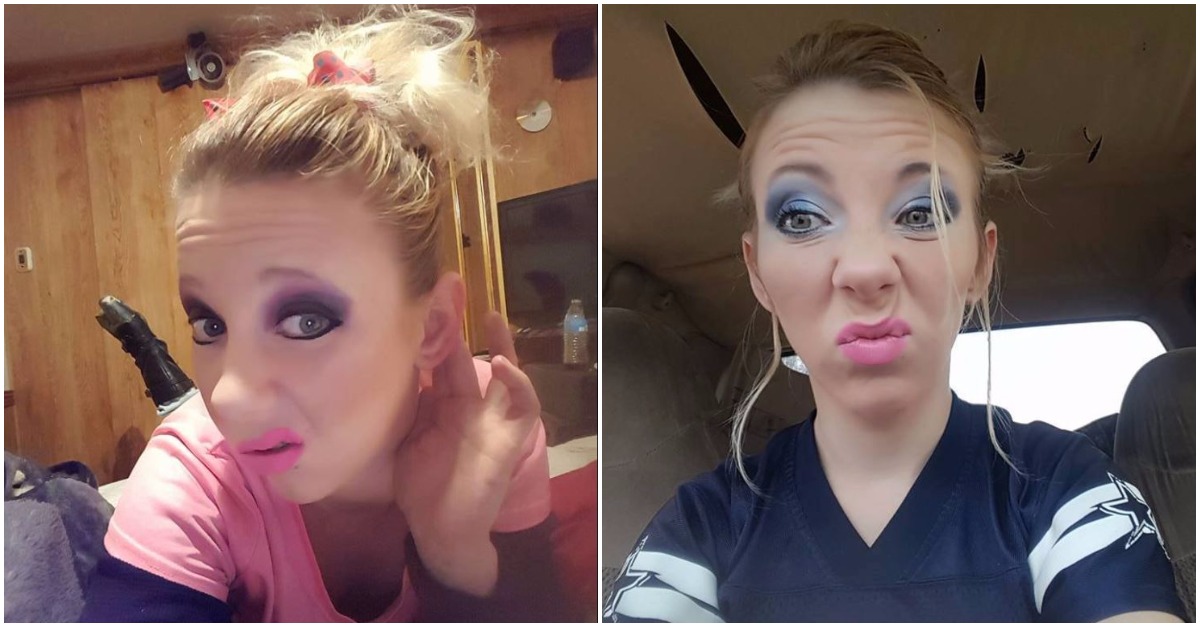