It was only a matter of time before someone had to take the fall for the Best Picture fiasco.

After releasing one statement apologizing to Faye Dunaway, Warren Beatty, “Moonlight” and “La La Land,” PwC sent another apology that stated one of their own accountants is behind the chaos.

“PwC takes full responsibility for the series of mistakes and breaches of established protocols during last night’s Oscars. PwC Partner Brian Cullinan mistakenly handed the back-up envelope for Actress in a Leading Role instead of the envelope for Best Picture to presenters Warren Beatty and Faye Dunaway,” PwC wrote on Twitter.

“Once the error occurred, protocols for correcting it were not followed through quickly enough by Mr. Cullinan or his partner. … We wish to extend our deepest gratitude to each of them for the graciousness they displayed during such a difficult moment. For the past 83 years, the Academy has entrusted PwC with the integrity of the awards process during the ceremony, and last night we failed the Academy.”

According to PEOPLE, the Academy of Motion Picture Arts & Sciences also tweeted in regards to the incident.

“We deeply regret the mistakes that were made during the presentation of the Best Picture category during last night’s Oscar ceremony. We apologize to the entire cast and crew of ‘La La Land’ and ‘Moonlight’ whose experience was profoundly altered by this error. We salute the tremendous grace they displayed under the circumstances. To all involved — including our presenters Warren Beatty and Faye Dunaway, the filmmakers, and our fans watching worldwide — we apologize.”

The Academy's statement on the 89th Oscars Best Picture. https://t.co/wN66XSyj85

Tim Ryan, a senior partner and U.S. chairman at PwC, told Variety that he has spoken with Cullinan about the incident as well.

“He feels very, very terrible and horrible. He is very upset about this mistake. And it is also my mistake, our mistake, and we all feel very bad,” Ryan said. 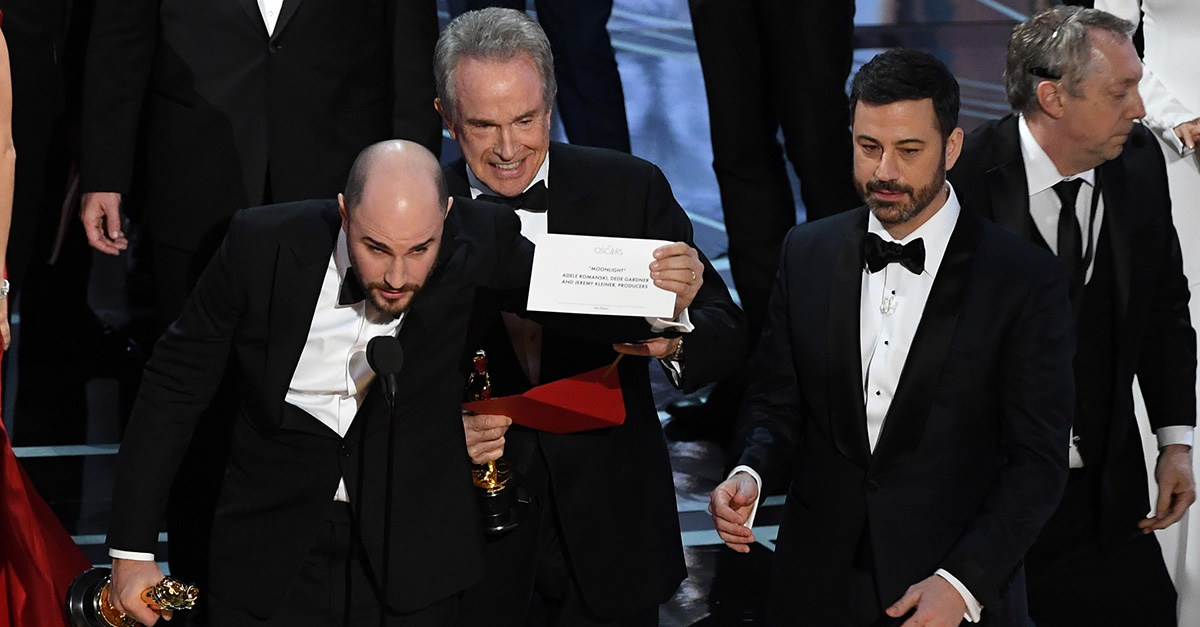