Duchess Kate was reportedly a little worried that her kids might misbehave at her sister Pippa’s wedding, but it turns out that the royal children were on their best behavior — and they nearly stole the show!

“She said that they were all really looking forward to her sister’s wedding at the weekend, but she was a bit worried about how her children might behave,” a source told reporters after speaking with the Duchess days prior to the event. “She said she was hopeful that they would be good, but you never know at that age.”

RELATED: As members of the royal family attended Pippa Middleton’s wedding, someone close to them was notably missing

Prince George, 3, and Princess Charlotte, 2, joined a slew of other toddlers in the wedding party as page boy and bridesmaid, wearing adorably cute outfits for the Saturday wedding at St. Mark’s Church in England. At the ceremony, guests noted that the children were “very” well-behaved for the nuptials. Duchess Kate did have to shush the children, but Prince George only needed to be scolded once!

“It was amazing,” one guest noted.

Middleton wed financier and hedge fund manager Matthew James, whom she had been dating on-and-off since 2012. The couple got engaged last July.

RELATED: Duchess Kate returns the favor by holding sister Pippa’s train as she prepared to walk down the aisle 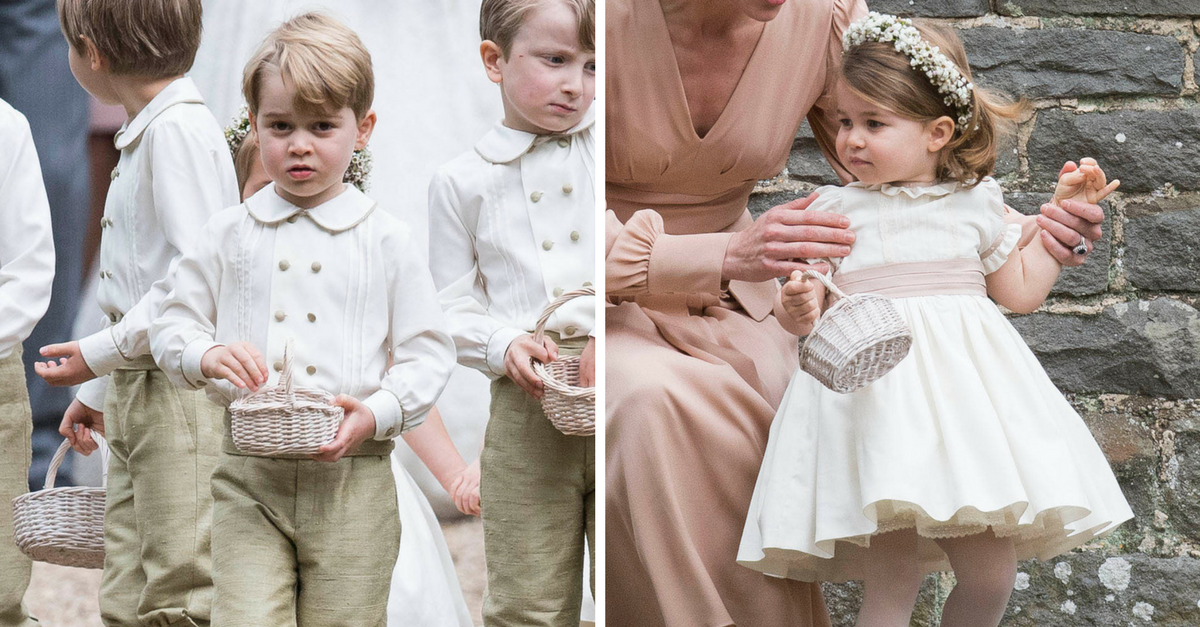