Prince William and Duchess Catherine have taken their family to Poland for a royal tour. However, shortly after arriving, it was clear the young Prince George was the one who got all the attention.

PEOPLE reports that the young prince, who will be celebrating his fourth birthday this weekend, was a bit shy stepping off the plane. While his mom and little sister Princess Charlotte were all smiles, George needed a little help making his way down the runway.

Fortunately, his father was there to help. Prince William was seen squatting and talking to George. They then walked hand-in-hand down the runway with the rest of their family.

The family is in Poland for a royal tour for the next five days. PEOPLE says that William and Catherine will “will visit the Warsaw Rising Museum,” followed by a visit “with young Polish entrepreneurs at a tech marketplace event. They will end the evening with a garden party in Lazienki Park, where William will make a speech.” 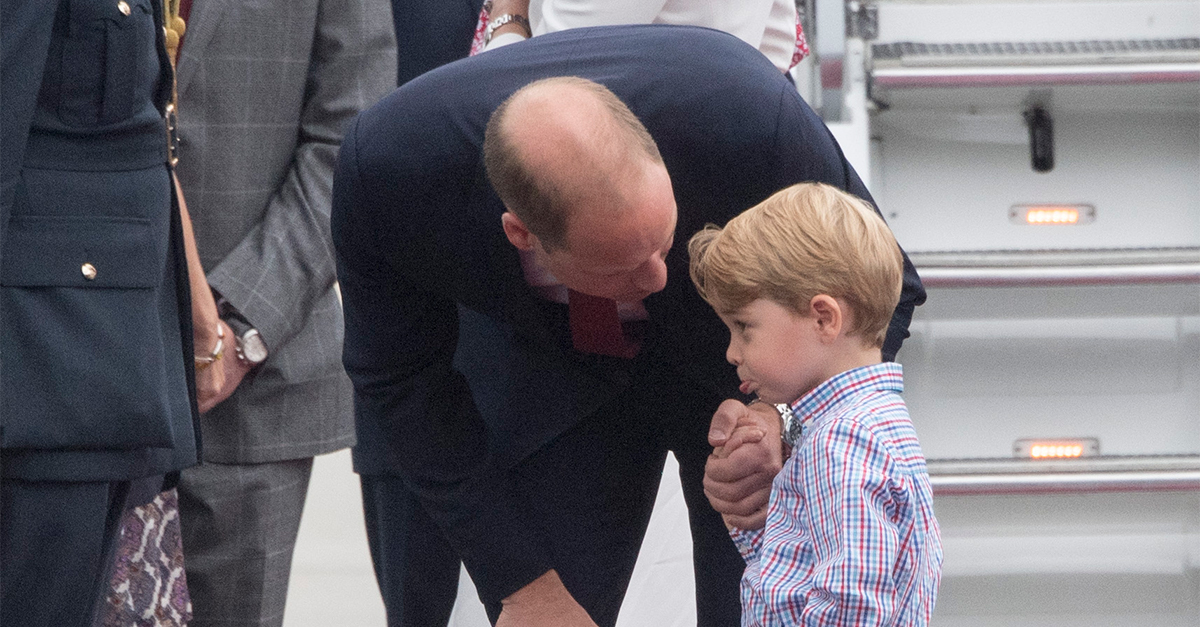