Meghan Markle and Prince Harry were spotting engaging in some major public displays of affection during the closing ceremonies of the Invictus Games in Toronto on Saturday night.

Markle was spotted in the crowd with her mother, Doria Radlan at Toronto’s Air Canada Centre on Saturday evening. Harry joined his girlfriend in the luxury box, and the two were seen cuddling and definitely packed in the PDA as they watched acts including Bryan Adams, Kelly Clarkson and Bruce Springsteen perform for the crowd.

RELATED: Prince Harry celebrates the USA’s win at the Invictus Games with the most adorable fan

Harry and Markle made their first public appearance at the Games this week and caused quite a stir when they were seen walking hand in hand while attending one of the main events. Members of the royal family do not typically show public displays of affection, as they are considered to be official representatives of the monarchy, so they keep PDA to a minimum.

“It certainly makes a statement,” royals expert Myka Meier said. “To show PDA as a representative of the British monarchy at such an official event says everything! Rarely in the past have we seen unmarried royals showing PDA with significant others at a public event — it’s a sure sign that things are as serious as they could be without being engaged.” 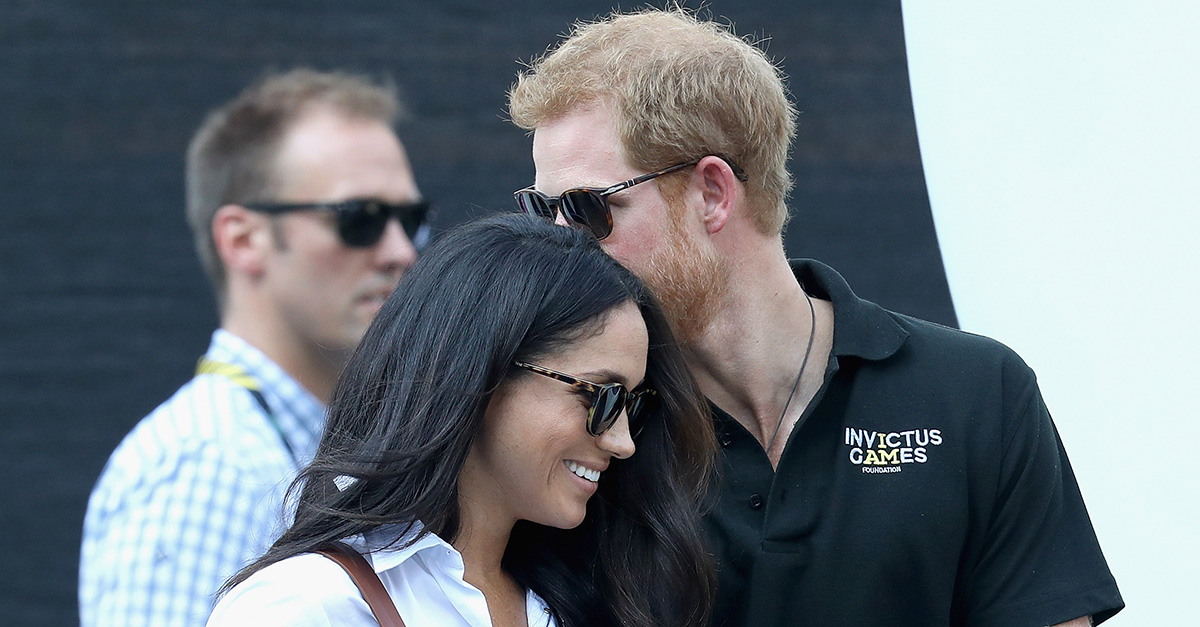