Menu
Follow us
Search
Menu
Search
LONDON, UNITED KINGDOM - OCTOBER 6: Prince William, Duke of Cambridge listens to a briefing on the progress of the 'Heads Together' campaign and its partners during a visit to the Data Observatory at Imperial College on October 6, 2017 in London, United Kingdom. (Photo by Tolga Akmen - WPA Pool/Getty Images)

Prince William is finally seeing results after being the voice of the Heads Together mental health campaign for years.

William, along with his wife, Duchess Catherine, and brother, Prince Harry, have donated $2.7 million (£2 million) from the Royal Foundation to a digital initiative that will bring awareness to mental health. According to PEOPLE, the announcement came as William saw the impact he and his family are having on people’s mental health.

“I feel like it’s exam results day,” he said as he arrived at the Data Observatory at Imperial College London on Friday after viewing the results.

He added that the figures were “amazing,” and he thought the information was “a lot to process.”

William, Kate and Harry set up the new project in hopes of helping more people with mental health issues, beyond just encouraging them to talk.

The study of 14,000 people reportedly found a significant change in the public’s perception of mental health from February to May. The study noted a “slow and steady increase”of people talking about mental health issues during this time.

William was moved by the data saying three-quarters of suicides in the U.K. are committed by men.

“That’s still a worrying statistic though; it really is,” he said.

William encouraged those who may be afraid to speak up, adding, “At the beginning, we were trying to understand why at home people weren’t sharing some of their problems. If we’ve at least made a big impression there we can work on the wider societal aspects.”

He continued, “But I think it all has to start at home. If you can’t even have a conversation with your loved ones, there’s no way you’re going to go to HR at work.” 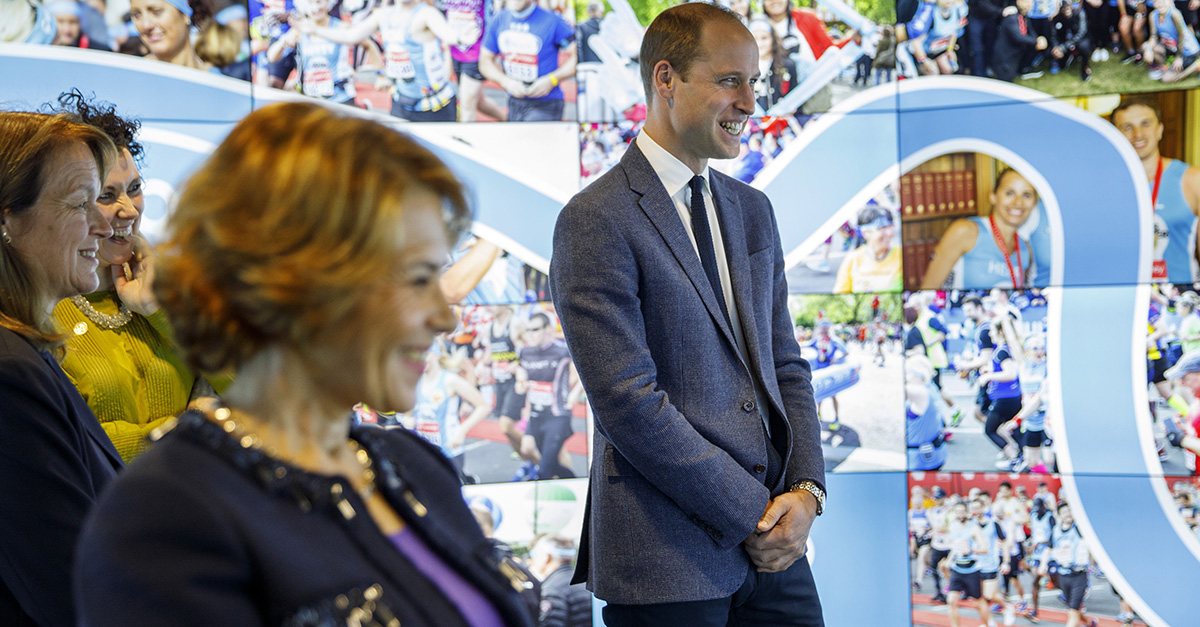