Prince William may want to stick to polo.

On Thursday, the Duke of Cambridge joined the Wildcats Girls’ Football program for a little pickup game of soccer and couldn’t wait to get into the goal.

In the sweet video posted on Kensington Royal’s Instagram page, a little girl approached the goal before kicking the ball way past Prince William. He was no match for her skills!

The Duke takes a turn in goal during a kick-about with a team from the Wildcats Girls’ Football programme.

The programme, established by the FA, aims to inspire girls aged 5-11 to get involved in football, develop skills and gain a lifelong love of sport.

HRH, joined by the @Lionesses, had a chat and play with the girls team – hoping to inspire them to be next generation of footballers.

Prince William was all smiles as he chatted with some of the tiny future soccer stars as they practiced at Kensington Palace, and by the looks of it, he was able to block one ball from going into the goal.

RELATED: Prince Harry participated in his first official role when he escorted the king and queen of Spain to Westminster Abbey

Earlier on Thursday, Prince William hosted a reception at Kensington Palace to wish the England Lionesses good luck as they head into the Woman’s Euro Tournament.

“The team travel to the tournament, this year hosted by The Netherlands, later today and will face Scotland in their first match on Sunday,” the caption read. “The Duke, who is President of the FA, has long supported the Lionesses – who this year hope to improve on their third place finish in 2015 World Cup.” 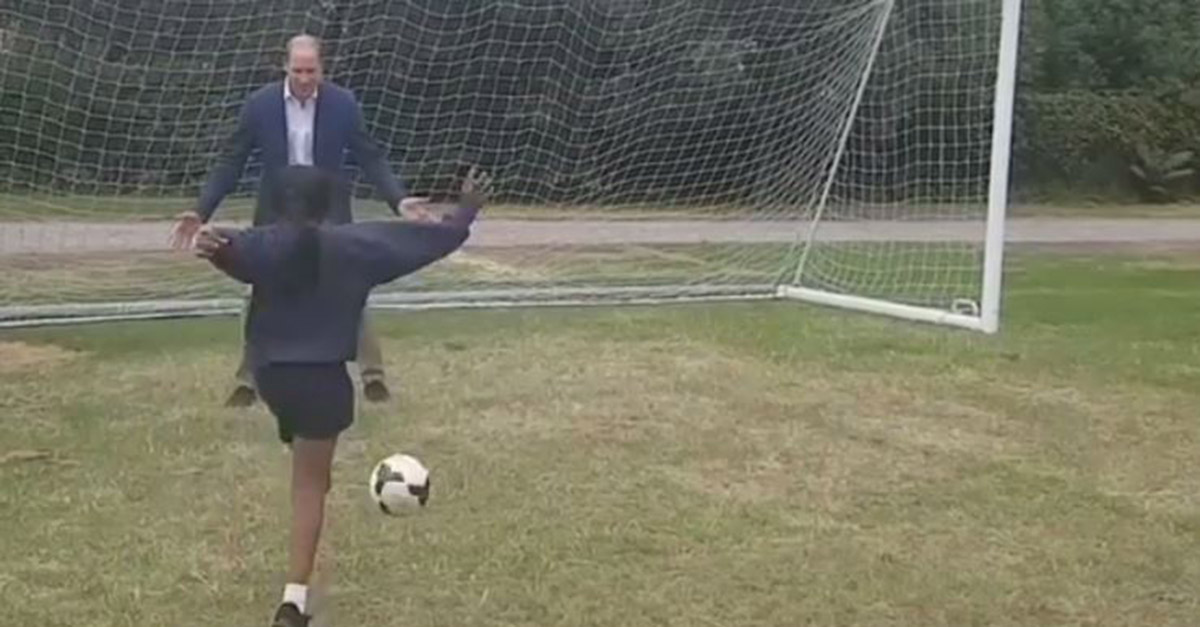