The royal family is in the midst of their visit to Poland, and all eyes are on the children of Prince William and Princess Catherine. Prince George was already spotted wearing some adorable shorts and ankle socks, but his little sister, Princess Charlotte, has gotten a different kind of attention drawn to her fashion choices.

According to Hello!, the little princess was seen wearing some red shoes on the first day of the royal tour of Poland on Monday. However, an “eagle-eyed royal watcher” known by the Twitter handle @bojanana believes Charlotte is wearing the same shoes her uncle, Prince Harry, wore back in 1986.

RELATED: Royal baby fever is in full force after Duchess Kate joked about having more babies.

Hello! describes the shoes as “Start-rite,” and “have the same bar strap, rounded edges, beige sole and round buckle.” They also note that the shoes on Charlotte look scuffed, which could indicate the shoes are aged.

The site says “it’s not uncommon for royals to reuse clothing and keep traditional pieces for future generations.” George has worn clothes his father wore as a child in the past, such as wearing the same white shirt and blue shorts  to Trooping the Colour last year. 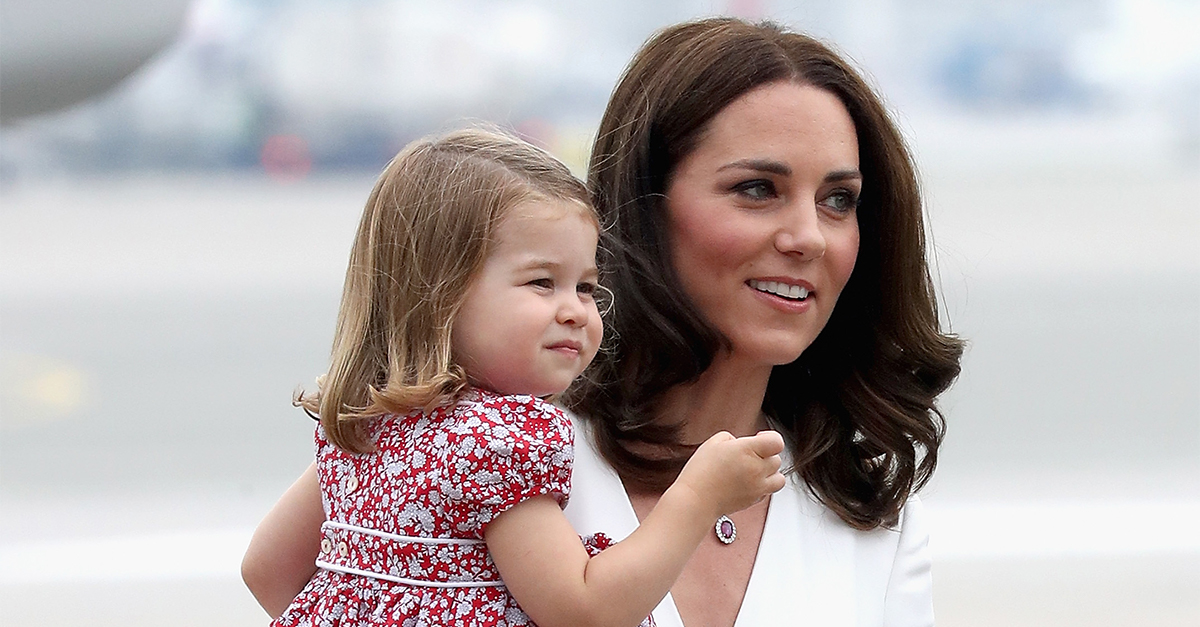