Menu
Follow us
Search
Menu
Search
FILE - In this April 19, 2017, file photo, Texas Speaker of the House Joe Straus, R-San Antonio, talks with fellow lawmakers on the House floor at the Texas Capitol in Austin. Straus has for months opposed a "bathroom bill" targeting transgender people, saying the proposal could spark boycotts that could hurt the state's economy. The Legislature is heading into special session on Tuesday, July 25 and conservative groups have promised to target Straus and his key House lieutenants during March's GOP primaries if the issue doesn't pass. (AP Photo/Eric Gay, File)

On Tuesday, Texas House Speaker Joe Straus requested that a plaque asserting “the war between the states was not a rebellion, nor was its underlying cause to sustain slavery,” be taken down.

The plaque was installed at the state capitol in 1959, and outlines the creed of an organization called The Children of the Confederacy, a branch of the United Daughters of the Confederacy made up of the descendants of confederate soldiers.

RELATED: Houston Keeps its Cool in the Confederate Statue Clash.

“This is not accurate, and Texans are not well-served by incorrect information about our history,” Straus said of the plaque in his letter to the State Preservation Board, which oversees the grounds of Texas’ capitol.

He noted that he understands the importance of Confederate monuments and plaques to some Texans, but that those monuments should be factually and historically accurate, and that the “Children of the Confederacy Creed plaque does not meet this standard,”

This is the latest installment in a long conversation around monuments and memorials to the Confederacy, which was thrust to the forefront of public consciousness after Charlottesvillae and eventually led to the removal of several Confederate statues in Texas.

There are, however, many of them still standing, including 12 on the grounds of the Texas capitol alone, according to the Texas Tribune.

RELATED: Dallas to Vote on Removing This Park’s Confederate Namesake. 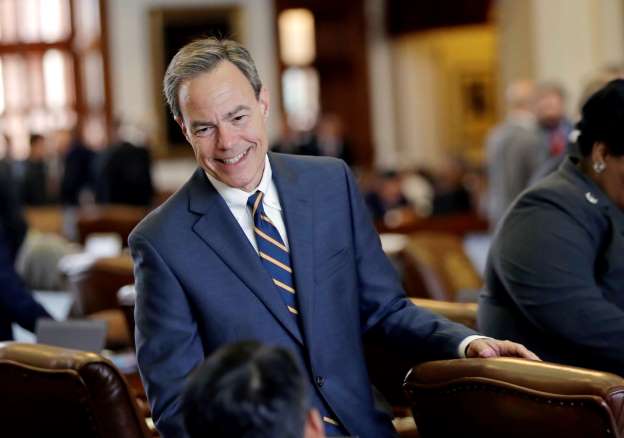