RELATED: There’s No Food Quite Like This New Football Stadium Food.

Happy birthday, @deshaunwatson! For the record, I let u block that dunk cause ur a rookie and I didn't wanna risk hurting you before game 1 pic.twitter.com/AdS42yZ7hj

The message appeared to be a harmless one between friends, but some Texans fans interpreted it differently, commenting everything from “He’s my favorite quarterback ever now,” to “Not today, Satan.”

Deshaun ABORT ABORT 😂 this is a bad road you're going down https://t.co/Rz4tiAk6z8

Deshaun Watson is spending his bday with Mia Khalifa. Dont care what happens from here, he's my favorite NFL QB ever https://t.co/cbbgDhXmoW

Not today Satan. Us @HoustonTexans fans have suffered enough pic.twitter.com/FaxENSV5YI

For the record, hanging out with Mia Khalifa before his big game didn’t appear to have any negative affect on the QB’s abilities. In fact, it looked to be the opposite, as the Texans won last night’s game against the Cincinnati Bengals 13-9.

RELATED: Houston Loves JJ Watt’s Girlfriend Kealia Ohai, but These Ten Things Will Make you Love her Even More. 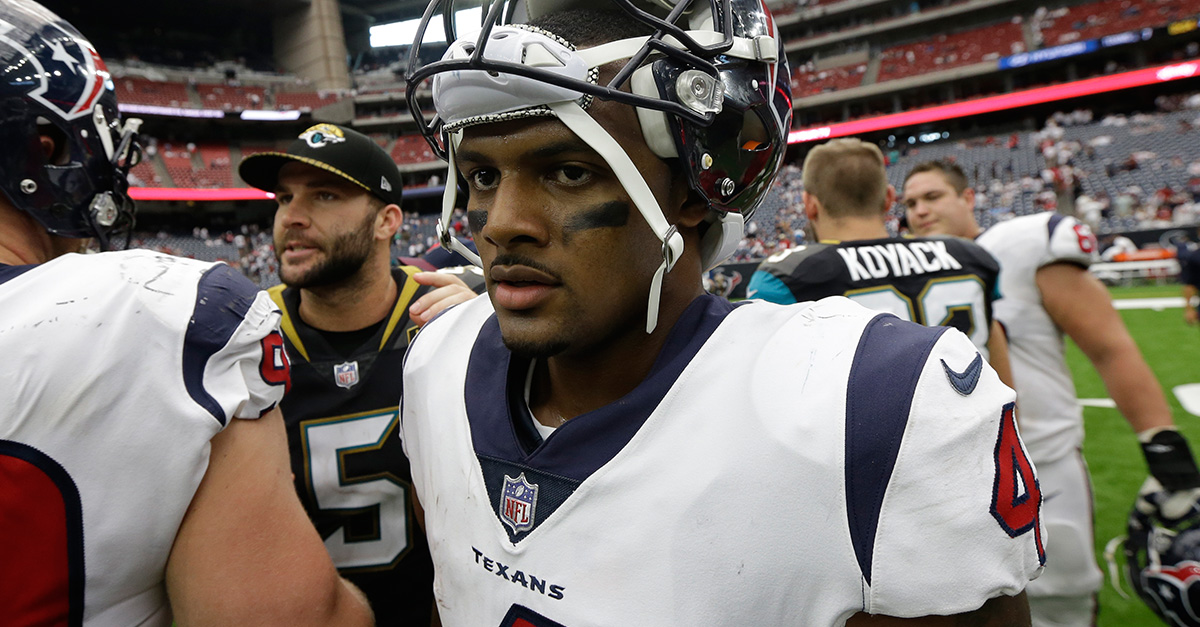