Perry — who once pledged to eliminate the department — has repeatedly promised be an advocate for the agency and to protect the nation’s nuclear stockpile. Perry also has said he’d rely on federal scientists, including those who work on climate change.

Perry has said he’ll work to develop American energy in all forms — from oil, gas and nuclear power to renewable sources such as wind and solar power.

Democrats say they accept Perry’s disavowal of his 2011 pledge to abolish the Energy Department. But they’re worried he may not stand up to GOP proposals to slash the department’s budget.

Former Texas Gov. Rick Perry cleared a Senate hurdle in his bid to become Energy secretary in the Trump administration.

The vote on Thursday was 62-37 to move ahead on the nomination.

At his confirmation hearing, Perry vowed to be an advocate for an agency he once pledged to eliminate and promised to rely on federal scientists, including those who work on climate change.

Perry served 14 years at Texas governor. He said he was for “all of the above” on energy production, from oil and gas to renewable sources like wind and solar power, before former President Barack Obama embraced the strategy. 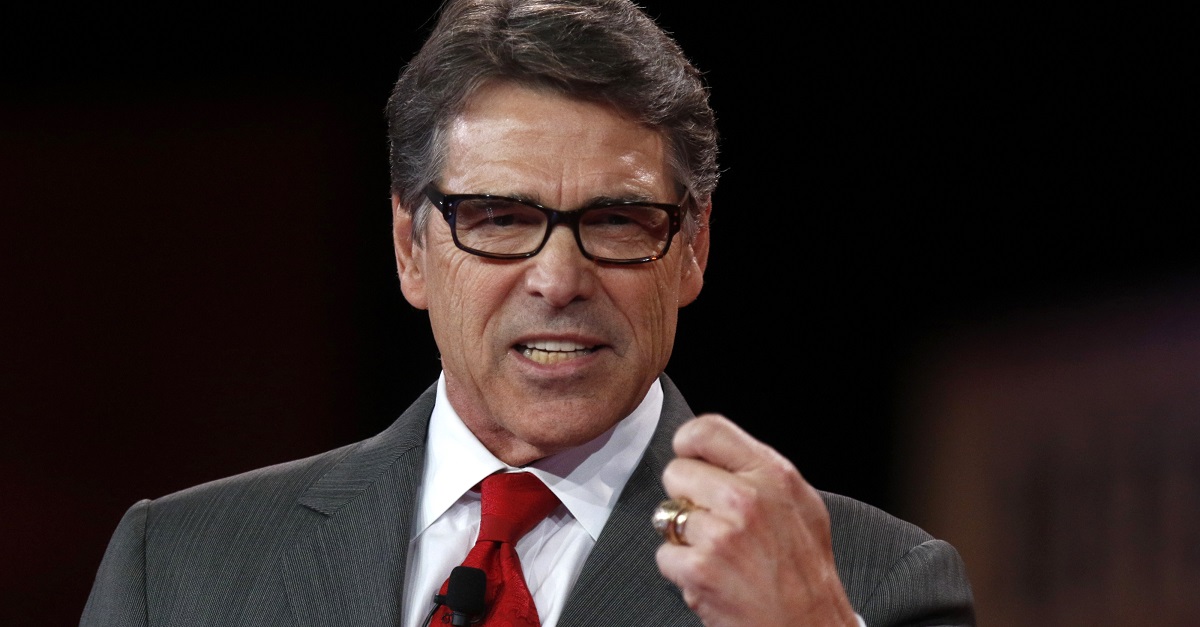