Critics and fans have been calling “Spider-Man: Homecoming,” which stars Tom Holland as the titular web-slinger, the best live-action adaptation yet. The movie gets a lot of things exactly right, from Holland’s performance as a believably awkward high-schooler to the mentoring role played by Tony Stark/Iron Man to the genuinely funny screenplay co-written by “Freaks and Geeks” alum John Francis Daley.

The film doesn’t open with an eye-candy sequence of Spidey swinging through New York or by forcing us to watch the emotionally overwrought death of Uncle Ben for the third time. Instead, it starts with a regular guy—a small business owner named Adrian Toomes (Michael Keaton) whose construction company has been hired to help with the clean-up and rebuilding effort after the Chitauri invasion of NYC. The aliens were defeated at the end of the first Avengers movie, but the damage they caused to life and property was, according to some estimates, twice as bad as 9/11.

As Toomes and his crew work to clear the wreckage, he muses about the rapid changes taking place in the world. Kids are playing Avengers and aliens instead of cowboys and Indians. “Actually, I think it’s ‘Native Americans,’” one crewmember says. Suddenly, a bunch of vague yet menacing government agents show up, claiming to be from the newly created Department of Damage Control, a joint venture between Tony Stark and the federal government aimed at containing the alien technology scattered across Manhattan.

They tell Toomes and his crew to clear out—they’ll take it from here—but to Toomes, this is an absurdity. Stark and his pals helped make this mess and now the feds are paying Stark to clean it up? Also, this is a big job for Toomes; he’s bought new equipment and hired new workers. If he loses this contract, he won’t be able to pay his mortgage or feed his family. The government agents don’t care, so Toomes turns outlaw, scavenging all the alien tech he can carry and selling it on the black market, although he uses some of it to build the winged suit that earns him the moniker “Vulture.”

From the beginning, Toomes’ working-class values, mistrust of elites, lack of PC polish, and fear that history is about to leave him behind brand him as exactly the type of old-school, blue-collar Democrat that Trump successfully flipped in 2016.

He is unequivocally a villain. He murders one crew member who threatens to rat him out, and he places thousands of innocent people in danger by selling alien weapons to criminals.

Still, even Keaton, a longtime Democratic donor and critic of President Trump, sympathizes with his character. “He has a probably strong argument that he never got a fair shot – a lot of Why not me? Where’s mine?” Keaton said in an interview.

In what may be the film’s best scene, Toomes finds himself alone in a car with Peter Parker—for reasons I won’t go into—with each aware of the other’s secret identity. The scene works largely because Holland, unlike Tobey Maguire and Andrew Garfield, really looks like a 15-year-old torn between the competing visions of the world offered by the adults around him.

Tony Stark, who serves as Peter’s mentor, is heroic as ever, but he’s also aloof and elitist. Several Marvel films and shows, including “Jessica Jones” and “Captain America: Civil War” have addressed the anguish of ordinary people whose homes and lives have been destroyed by beings with powers and technologies beyond their understanding. Stark, once a staunch libertarian straight out of an Ayn Rand novel, supported the superhero regulations outlined in the Sokovia Accords, but still has little contact with what politicians are fond of calling “everyday Americans.” In one particularly insulting gesture, he sends an empty, remote-controlled Iron Man suit to rescue Peter and lecture him about not taking unnecessary risks.

RELATED: The rise of the radical center

Toomes, on the other hand, admires Peter’s courage but advises him against serving the interests of elites who “don’t care about guys like us.”

Peter rejects Toomes’ advice, but perhaps something of the older man’s anti-elitism stuck. At the end, Tony offers Peter a new, high-tech suit and a permanent spot on the Avengers’ roster. Instead, Peter opts to remain a “friendly neighborhood Spider-Man,” a comforting local presence rather than a remote, godlike savior. 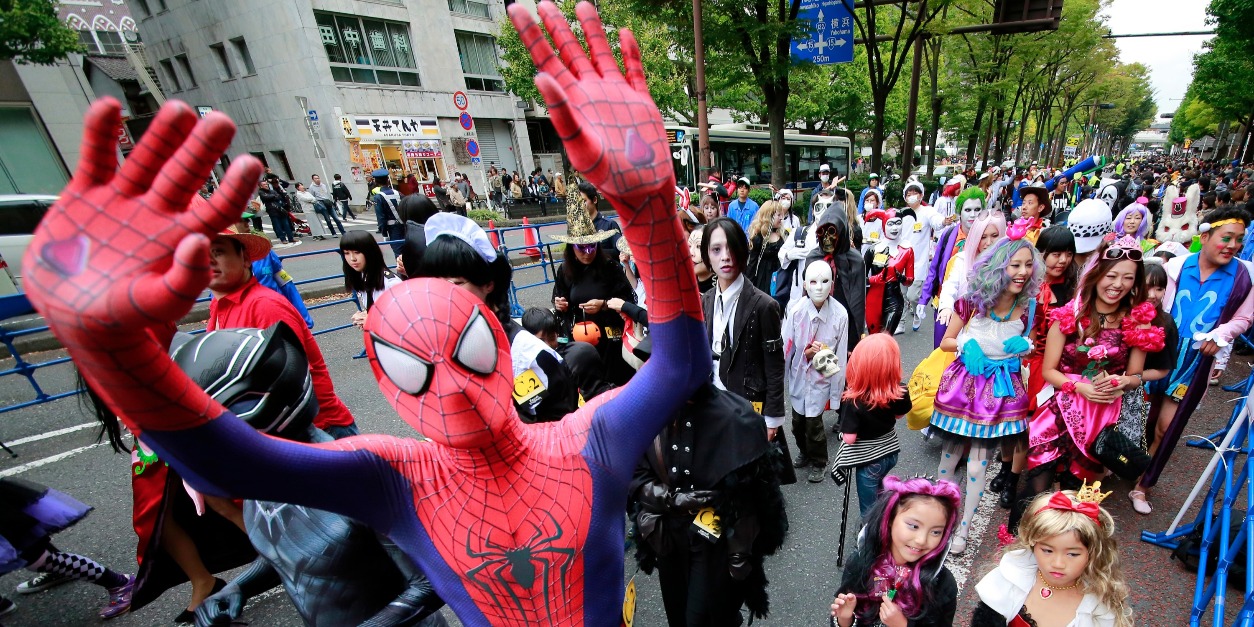