Fans of J.K. Rowling and John Williams rejoice: the Houston Symphony will treat audiences to the music of Harry Potter’s universe next weekend at Jones Hall.

Williams, now 85, has contributed arguably some of the most memorable pieces of cinematic music ever composed. Almost anyone who hears the theme to Indiana Jones, the “Imperial March” from Star Wars, or “Hedwig’s Theme” from Harry Potter can recognize them instantly, even if they can’t name the composer.

RELATED: The Music of ‘The Leftovers’ Can Turn Any Funny Moment Into a Dramatic One.

“John’s music, you can tell, came from this very first kernel of original creativity,” Justin Freer, producer of the upcoming symphony event, told the Houston Press.

This event will focus on the score of Harry Potter and the Sorcerer’s Stone, and audiences will be able to watch the film play out on the big screen as the Houston Symphony plays its score live. The event is presented by Freer’s organization CineConcerts, which specializes in film concerts that let the audience immerse themselves in a movie with a live score.

You can get your tickets at the Houston Symphony’s website. 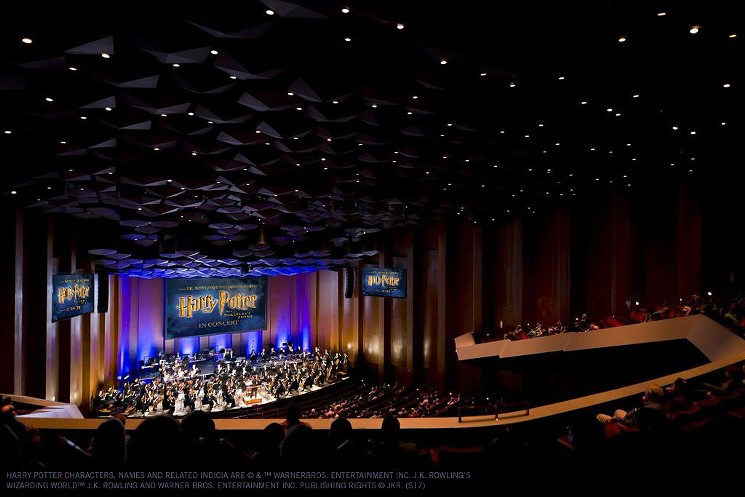