Illinois’ state comptroller Susana Mendoza shared a startling message Wednesday about the condition of the state’s finances. Bottom line: without a budget, the state will fall short $200 million in August.

The state hasn’t made a budget for nearly two years, and the lack of compromise is catching up with it.

“The state’s unprecedented fiscal crisis is quickly taking a dangerous turn,” she warns.

Government has continued to function on court-ordered payments. But she says even required payments will outstrip revenue by $185 million by August.

Mendoza says the two-year budget stalemate between Republican Gov. Bruce Rauner and Democrats who control the Legislature have created a “series of disasters.”

But she says without a budget deal soon: “It’s going to get much worse very quickly.”

Friday, unfortunately, the House was still unable to come to a budget resolution Friday, “pushing it closer toward becoming the first junk-rated U.S. state,” Bloomberg reports. 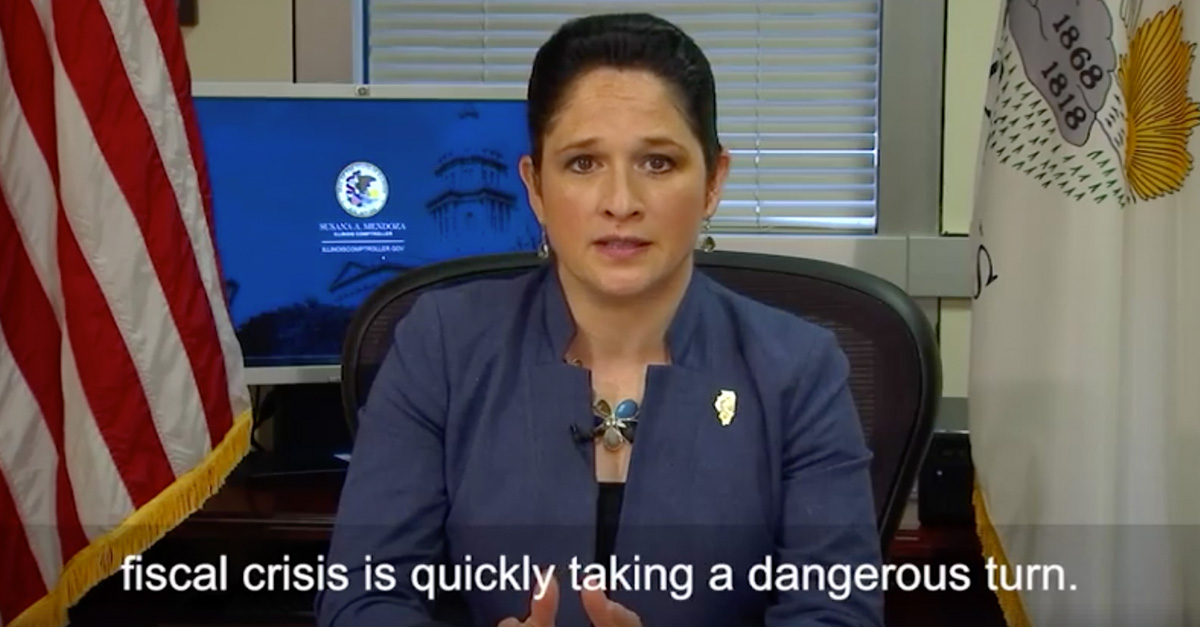