'La La Land' producer: "There's a mistake. 'Moonlight', you guys won Best Picture. This is not a joke." #Oscars pic.twitter.com/vl9PzgBaVW

What the hell is going on at the Oscars?

After several thank yous and acceptance speeches, it was realized that “Moonlight” was actually the winner, and Beatty had some explaining to do.

“I want to tell you what happened. I opened the envelope because it said Emma Stone, ‘La La Land.’ That’s why I took such a long look at Faye and you,” he said. “This said ‘Moonlight.'”

“Even in my dreams this could not be true. But, to hell with my dreams, this is true!” director Barry Jenkins said.

After the real acceptance speeches were through, host Jimmy Kimmel took to the stage once again.

“Well, I dunno what happened. I blame myself for this,” Kimmel said. “I knew I would screw this show up. I really did!’

The moment it all went wrong at the #Oscars https://t.co/QzHFzWE51a 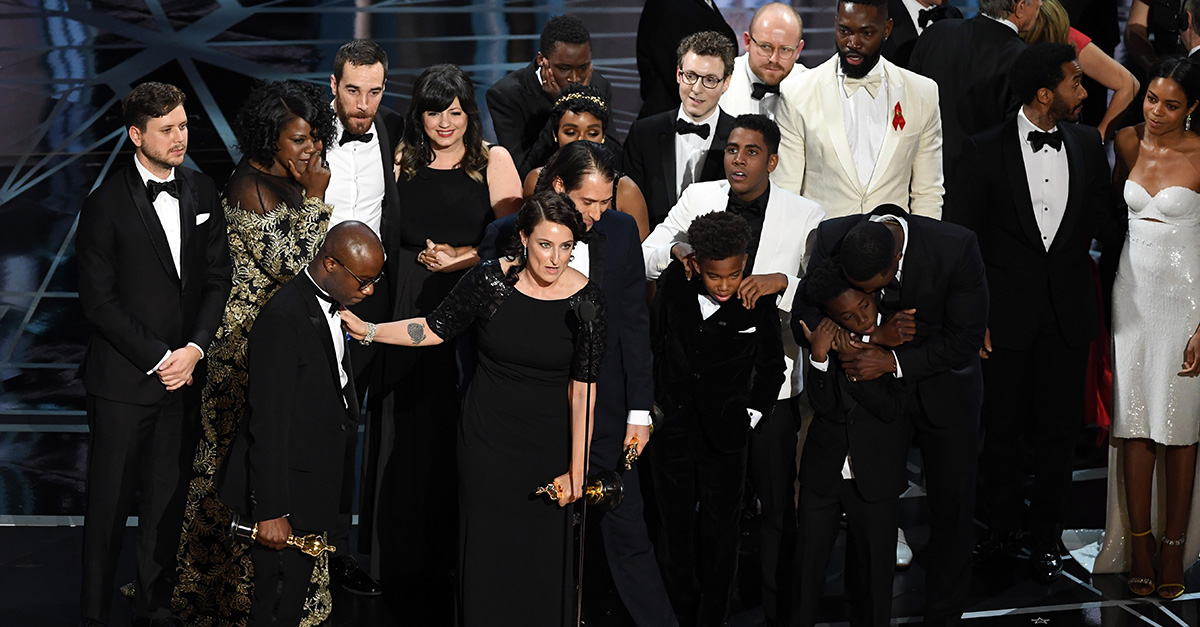