I’m bored with the Trump-Russia controversy and I know I shouldn’t be. This story has everything — foreign intrigue, presidential scandal, an abundance of antiheroes — yet the media’s philistine 24-hour flogging has left it feeling more Clive Cussler than John le Carré. I’m fairly certain Russia could invade Estonia right now and nobody would notice because we’re all too busy covering, well, Russia.

But my job is to follow the news, so into the next plot twist we go. The latest is (still) President Trump’s Twitter allegation that he was wiretapped by the Obama administration, which has yielded bellows of “no evidence” from just about everyone in the conventional press. Typical is CNN’s Brian Stelter, who declares that the wiretap story was “first put forward by right-wing radio host Mark Levin [and] is now burning across Washington, fanned by President Trump’s tweets and a huge number of supportive commentators and websites — even though the facts don’t back up the conclusion.”

Another example of the right-wing media pipeline spilling corrosive waste into CNN’s pristine discourse! Except not quite. While there’s no evidence that Trump himself was monitored by Obama’s deep state, there is something to the claim that Trump’s associates were wiretapped, and it was reported in what conservative nomenclature designates the “mainstream media,” not Breitbart.com, not the marvelous and magical world just beyond Sean Hannity’s wardrobe.

In January, the BBC’s Paul Wood reported that a federal task force within the Obama administration sought a warrant from the Foreign Intelligence Surveillance Court (FISC) against two Russian banks suspected of interfering in the 2016 presidential election. Wood cites “several sources and corroborated by someone I will identify only as a senior member of the US intelligence community.” The FISC turned down the task force’s request twice, then finally approved a warrant three weeks before the election. Wood notes that the surveillance order doesn’t name Trump, but the subject of the overall investigation was three Trump associates.

A day earlier, The Guardian made an even more explosive claim: “The Guardian has learned that the FBI applied for a warrant from the foreign intelligence surveillance (Fisa) court over the summer in order to monitor four members of the Trump team suspected of irregular contacts with Russian officials.”

The New York Times shortly thereafter reported that Obama administration law enforcement was “examining intercepted communications and financial transactions” related to “possible links between Russian officials and associates of President-elect Donald J. Trump.” And just in case there was any smudge of doubt, our newspaper of record later used the W-word: “One official said intelligence reports based on some of the wiretapped communications had been provided to the White House.”

Funny how often that claim kept coming up. Stelter, running cover for the press, cites the Washington Post’s Glenn Kessler calling the BBC, et al. “sketchy, anonymously sourced reports,” which is a bit like Squeaky Fromme making an adverse mental health diagnosis. Both the Post and CNN have constantly cited faceless officials to back up their own dubious claims about Trump and Russia. And let’s not forget the issue of short-termed former national security advisor Michael Flynn, the content of whose phone calls with Sergey Kislyak somehow landed on the front pages — it was mostly likely the Russian ambassador who was surveilled, but it might have been Flynn. And consider, too: if the FBI was investigating the Trump campaign’s connections to Russia, which we know it was, wouldn’t it make sense for it to seek a surveillance warrant?

Throw all that into the wash and it’s hardly “no evidence.”

RELATED: It isn’t Trump officials’ communications with Russians that are weird — it’s the cover-up

Yet the same pundits who have accepted as near-certainty that Team Trump colluded with Moscow are now scrambling to deny Trump’s concerns over a wiretap. They should recall their own oft-repeated standard on Trump and Russia: “Where there’s smoke there’s fire” (a bullshit cliché if ever there was one — in our nuanced world, often smoke emphatically does not mean fire, as the chokingly acrid Saddam Hussein’s lack of WMDs should prove). To reiterate: There is absolutely no credible evidence reported in any credible news outlet that anyone on Trump’s campaign collaborated with Russian intelligence, something even James Clapper, a man known to perjure himself in order to defend the intelligence agencies, acknowledged last Sunday. Clapper issued a more artful denial over a hypothetical Trump wiretap, but the fact is that several respected news outlets have reported otherwise. That’s smoke, even if it’s in trace amounts.

All of this is, to an extent, a thought exercise. Trump never should have sent his wiretap tweet without airtight evidence, just as his critics shouldn’t slyly insinuate that he’s a Putin patsy without similarly unimpeachable proof. But this is where we are, trapped in a world of anonymous hearsay and reckless surmise. Will this stupid novel never end? 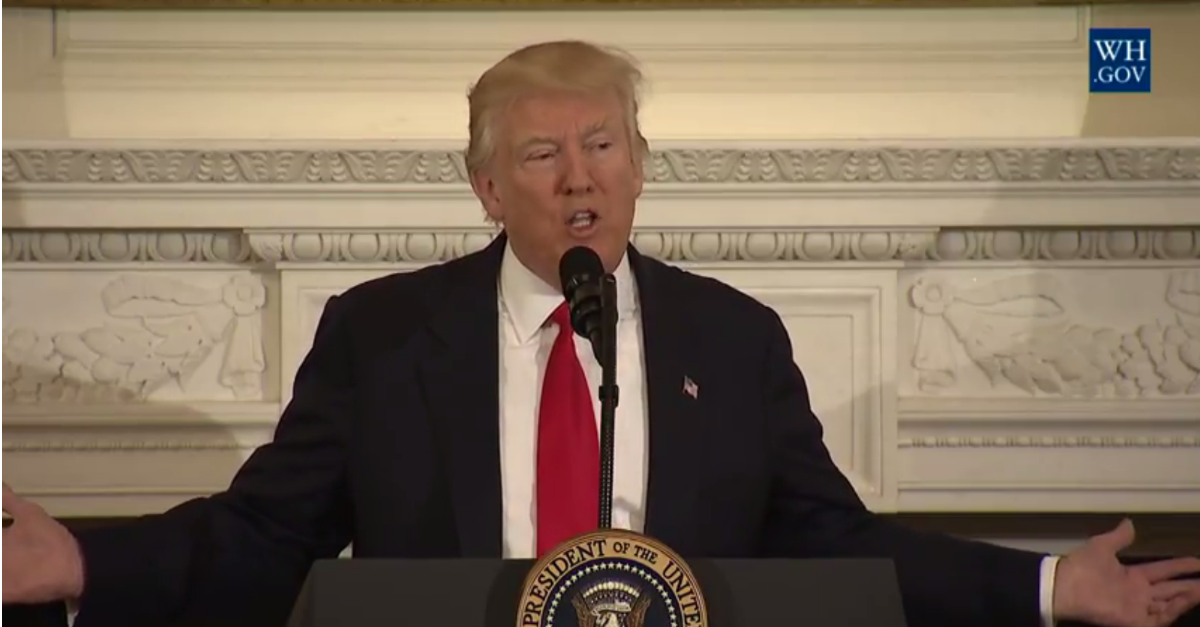