To one Houston young man, a head of kale looks an awful lot like a bouquet of flowers.

RELATED: This dude played a cruel prank on his girlfriend, with very messy consequences

Jamarcus gave the former to his girlfriend Jailyn recently, thinking it was the latter.

Luckily, she thought the gesture was “as sweet as it was comical” and posted an image to Twitter.

“I went to go open the door and he had the lettuce in his hand with a big smile,” Jailyn told Mashable. “I just started laughing so much. After, I hugged and kissed him. He didn’t [know] what it was until I told him it was lettuce. My mom was right by the door and she was laughing, too, but she also thought it was cute.”

Jamarcus apparently got the purple kale from the warehouse where he works.

Commenters on Twitter were merciless about the naive slip. One person came to his defense saying, “To be fair that’s some really pretty lettuce.” Another person commented, “he’s so innocent and pure keep him as long as you can.”

RELATED: Her boyfriend kept pranking her, but when he fell asleep, she got the last laugh
All of which is reminiscent of the prom craze where people wear croissants instead of corsages. 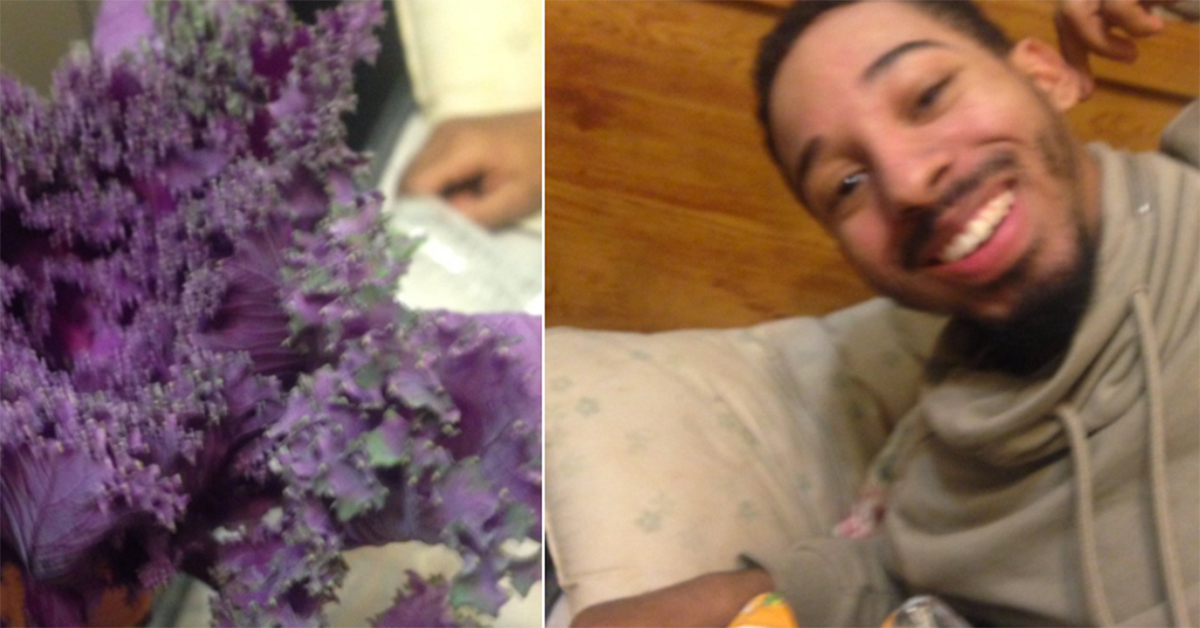