Menu
Follow us
Search
Menu
Search
A pickup truck swerves from the far left lane to the exit lane at the Interstate 75 HOV exit ramp to Northside Drive, Monday, March 5, 2007, in Atlanta. The exit and T intersection at the end are the site of a wreck in which a bus carrying the Bluffton University baseball team from Ohio failed to stop at the end of the ramp, sending it off the overpass and killing six people on board. (AP Photo/John Amis)

This week’s Draped Up Driver is going to an unmarked police car passing traffic in the High Occupancy Vehicle (HOV) lane.

In the video shot by a driver behind the action – hopefully safely and hands free with a dash cam – you see a Chevy get passed by a Dodge Charger with lights covertly mounted on the inside back windshield.

HOV lanes are both a blessing and a curse for Houston, and this video is a perfect demonstration of such: you get to skip traffic if you ride with a buddy (two or more actual people, not blow up dolls or mannequins, is considered high occupancy in Texas), but you can definitely get stuck behind some real Sunday drivers.

While passing in the HOV is not necessarily illegal, it is such a stressor for Houston drivers in that narrow passageway, and the single solid white line on either side is a statewide indicator that passing is strongly discouraged.

Driver’s ed was so long ago, but it seems necessary to warn that all of us non-cops may not be able to get away with such aggressive driving in the HOV.

Of course, the white Chevy looked like it was going with the flow of traffic, if not the speed limit, and the cop very much was not, so here’s hoping he was on his way to something really important.

Check back here and every Sunday for more DUD action! 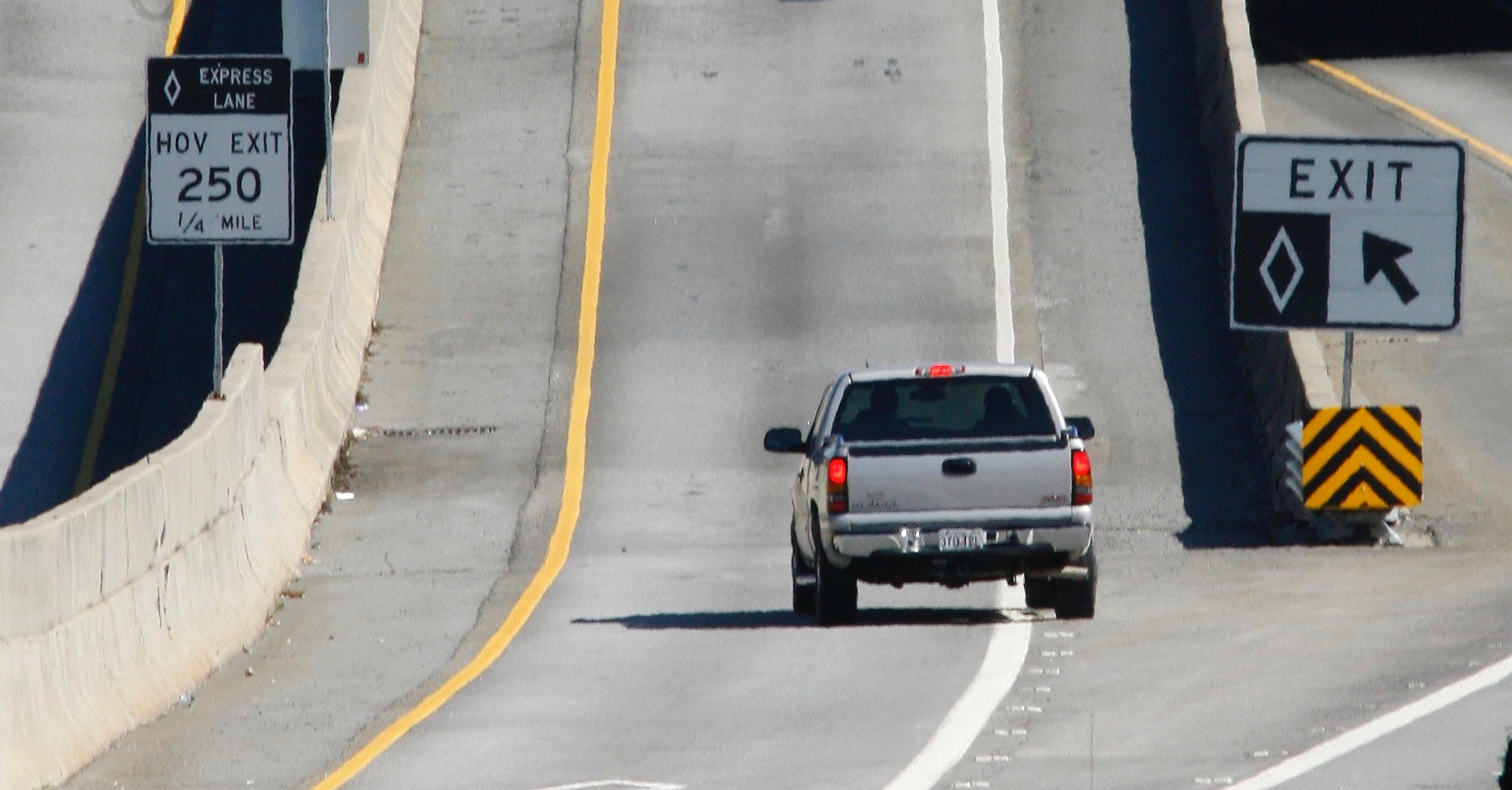