Police brutality is a real problem in the United States, and yet it has always bothered me when some try to indict all police officers based on the deplorable actions of a minority. Most are good people serving their communities. We should be able to discuss the abuse of power without tarnishing all law enforcement.

In his first address to Congress, President Trump revisited a well-worn theme of his campaign when he announced that he would be creating something called the Victims of Immigration Crime Engagement (VOICE). “We are providing a voice to those who have been ignored by our media, and silenced by special interests,” Trump said Tuesday.

The purpose of VOICE? To support the “victims of crime” committed by illegal immigrants, some of whom were present in the chamber Tuesday night. Trump has long discussed personal stories of Americans who have suffered at the hands of violent criminals who are in the country illegally, many of whom have well documented crime records yet skate through the system due to their illegal status.

President Trump is right that this problem needs to be fixed. He’s wrong that these incidents represent a national epidemic uniquely worthy of his attention.

The overwhelming majority of people in the United States illegally do not commit violent crimes. More importantly for the purposes of this discussion, they actually commit less of them than citizens. The New York Times reported in January, “several studies, over many years, have concluded that immigrants are less likely to commit crimes than people born in the United States. And experts say the available evidence does not support the idea that undocumented immigrants commit a disproportionate share of crime.”

“There’s no way I can mess with the numbers to get a different conclusion,’ said Alex Nowrasteh, immigration policy analyst at the libertarian Cato Institute, which advocates more liberal immigration laws.”

Trump’s allies may believe that sneaking into the United States, or using a fake social security number to get a job, predisposes people to rob, rape, or kill. But the evidence does not bear this out. So if Trump’s goal is increasing public safety, publishing a list of crimes committed by unauthorized immigrants is irrational. It’s like publishing a list of crimes committed by people with red-hair.

“If, however, Trump’s goal is stigmatizing a vulnerable class of people,” Beinart writes, “then publicizing their crimes—and their crimes alone—makes sense.”

RELATED: Why Tim Scott’s speech about being black in America was heroic

While Trump’s disproportionate attention paid to immigrant crime was on full display in his first address to Congress, not a word was said about the victims of police brutality. He instead uniformly praised law enforcement without the slightest nod that there might by problems, particularly when this issue has become more publicized than ever in recent years. The president could have invited the families of Eric Garner, Walter Scott and Philando Castile to his speech, but their tragedies would have highlighted a problem he obviously doesn’t believe exists (though his party’s only African American senator insists is a problem).

President Trump could have also discussed police brutality in a way that didn’t smear all officers, an approach he apparently has no interest when it comes to dishonestly demonizing some of the poorest and most defenseless among us. 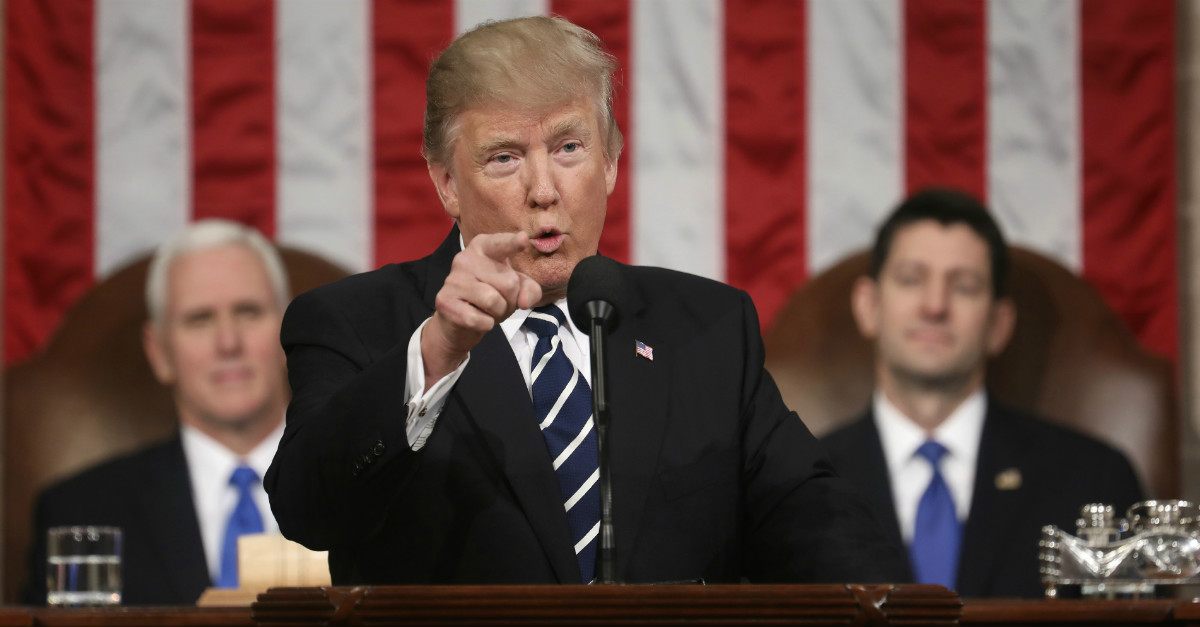