This has been quite the momentous year for women, and 2018 is shaping up to be more eventful still. Women have proved to be a formidable force driving political and cultural change, but factors like race and party are splintering a force that could be stronger. After Donald Trump’s election as President of the United States, women rang in the New Year with the largest single-day demonstration in US history—the Women’s March. Starting in October, the #MeToo movement empowered a plethora of women to share their stories of sexual misconduct, bringing down a whopping 98 people in just two months. Women—particularly black women—carried Doug Jones to victory against Roy Moore in Alabama’s Senate race in December, drawing the line for how low we’d stoop in the name of partisan politics. Women won big in Virginia, unseating incumbents who had a 90 percent chance of reelection. Women were also blamed for Hillary Clinton’s loss and accused of lying about sexual assault.

One factor that differentiates this year from others is having Trump in office—a president with a staggering rate of disapproval, and more than fifteen women accusing him of sexual misconduct. In fact, a Pew research poll shows that nearly six in ten women are paying increased attention to politics since Trump’s election. And it’s safe to say that women’s heightened interest in Trump-era politics isn’t simply because he defeated the first female presidential candidate nominated by a major party. It’s because his candidacy injected the phrase “grab them by the pussy” into mainstream politics. It’s because he’s changed his story about that Access Hollywood tape, from first dismissing it as locker room talk, to later suggesting that the tape is fake. And it’s because Trump actively supported Roy Moore for Senate, who, minus allegations of preying on young teens, is still a man who was twice-fired from the State Supreme Court, believes that “homosexual conduct” should be illegal, women shouldn’t serve in elected office, and America was at its greatest when slavery existed.

If there ever was a threshold for how much of Trump’s antics we could stomach, women said “enough” early on—in fact, just a day after he took office—by organizing women’s marches around the world. There is a significant amount of debate on the objectives of the Women’s March, and whether the movement was open and inclusive to all women (and men) across political parties and minorities. What we do know is that the Women’s March started a series of search spikes of “feminism,” making it Merriam-Webster dictionary’s word of the year. Women started this year by bringing attention to issues that matter to us that Trump and his surrogates have either opposed or downplayed, ranging from building the wall to demeaning LGBTQ rights. And throughout the year, women have successfully been able to keep those issues in the national discourse.

However, not all parts of this year have been quite as euphoric as the Women’s March. In the latter part of this year, the #MeToo movement took the country by storm. It saw the demise of a number of important men from Hollywood to Congress. But while it has been hugely gratifying and dignifying to see women being believed, we must not forget that women also bore the cost of speaking up. Speaking against sexual predators can jeopardize your career, set you up for retaliation, and expose you to public criticism. The women who spoke up (and also those who didn’t) should be celebrated for speaking up despite the odds. Sexual misconduct is a less taboo subject today than it was a year ago, simply because the #MeToo movement has demanded our society discuss it. The #MeToo movement has taken down predators who previously seemed beyond criticism, like Harvey Weinstein, Matt Lauer, and Al Franken, with a momentum that no one expected.

Not only did this year see women affecting major cultural change, but also leading a wave of political change. A Quinnipiac University poll shows that women highly disapprove of the President as well as the Republican Party (much more so than men), and 2017 is the year where women put their vote where their mouth is. On the year mark of Trump’s election, a wave of women who had never run for office before unseated male incumbents in Virginia, Georgia, and New Jersey. Danica Roem, an openly transgender woman, won in Virginia; Charlotte, NC, elected its first black female mayor; and Sudanese-American Mazahir Salih became the first immigrant to win a seat in Iowa City’s city council. Exit polls from Alabama’s Senate race last month show that 58 percent of Alabamian women voted for the winner, Democrat Doug Jones. More black voters went out to the polls for this election than any before, and a whopping 98 percent of black women voted for Jones.

However, Alabama’s exit polls also show that white women (both with and without college degrees) voted for Moore over Jones, 63 percent to 34 percent. Such revelatory behavior from white women voters is nothing new—white female suffragettes historically chose alliances with white men over women of color. It is difficult to assess why this was the case in Alabama, but pundits have offered many reasons from internalized misogyny demonstrable in women being more comfortable with discrediting female victims of sexual assault—and not their perpetrators—to Jones’s pro-life stance being a graver moral failure than Moore’s alleged advances toward teenage girls. Also true is that Jones won partly because many white women who typically vote Republican either voted for Jones or simply did not vote at all. Yet, Moore’s popularity among white women is significant, which is disheartening, because it is clear that women’s power in presenting a united front is still challenged by similar issues that splintered the suffragette movement in the 1870s.

Whether Alabamian women were driven to vote because Jones’s platform resonated with them, they saw Moore as a pedophile and bigot who was unfit to serve in Congress, or they were tired of Alabama being the “laughingstock of the nation” matters little. What matters most is that the presidential race mobilized and energized women, who—through unity and political prowess—have shown to be a formidable bloc this year. If 2017 was not the year of the women, some experts predict 2018 will be. Clearly, women are upset, and we are better for it.

Deshani Gunathilake is an advocate for Young Voices, residing in Washington, D.C. She can be found on Twitter @dd_gunners. 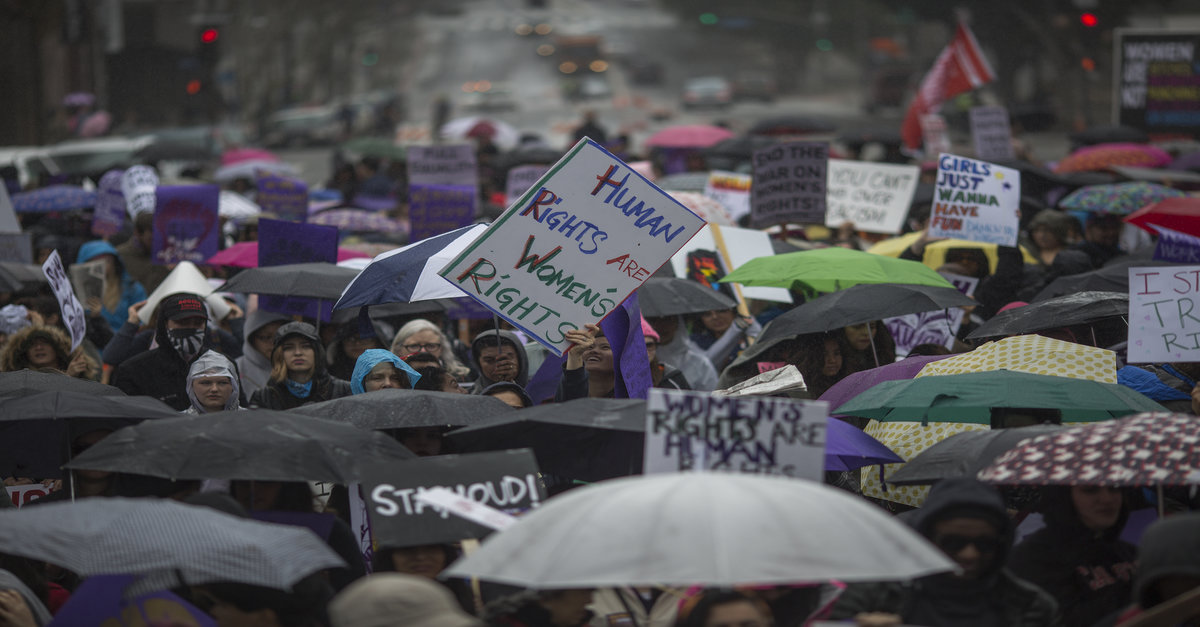