On Nov. 21, Kenny Chesney broke the news to his fans that everyone was already sort of dreading – the country superstar and Rare Country nominee for “Tour of the Year” would only be doing one stadium show for the entirety of 2017. The show would be at Gillette Stadium in Massachusetts, with Kenny performing alongside openers Thomas Rhett and Old Dominion.

RELATED: There is no show quite like a Kenny Chesney show

It’s certainly a hard pill to swallow for Kenny fans, who have watched the superstar amass 29 No. 1s’, play 135 stadiums and become the only country act on Billboard’s Top 10 Touring Acts of the Last 25 Years.

“These honors are a little hard to get my head around,” said Kenny in a recent press release. “I do what I do – keep trying to make better music, play better shows. To me, if you’re committed to songs, you’re always trying to grow and learn and figuring stuff out. It’s why every album I release, I try to keep clearing the bar the last one set – and it’s hard.”

RELATED: Kenny Chesney went on a hunt this summer to track down this one fan

So instead of following the country boy of summertime in 2017, it looks like Kenny fans are left to relive the many memorable moments of Kenny’s 2016 tour.

And this sexy clip just might be the ticket.

Kenny always got the crowd all hot under the collar with those hits that put them in a frenzy, such as “She Thinks My Tractor’s Sexy,” which he performed at a fever pitch in this clip from April 2016. 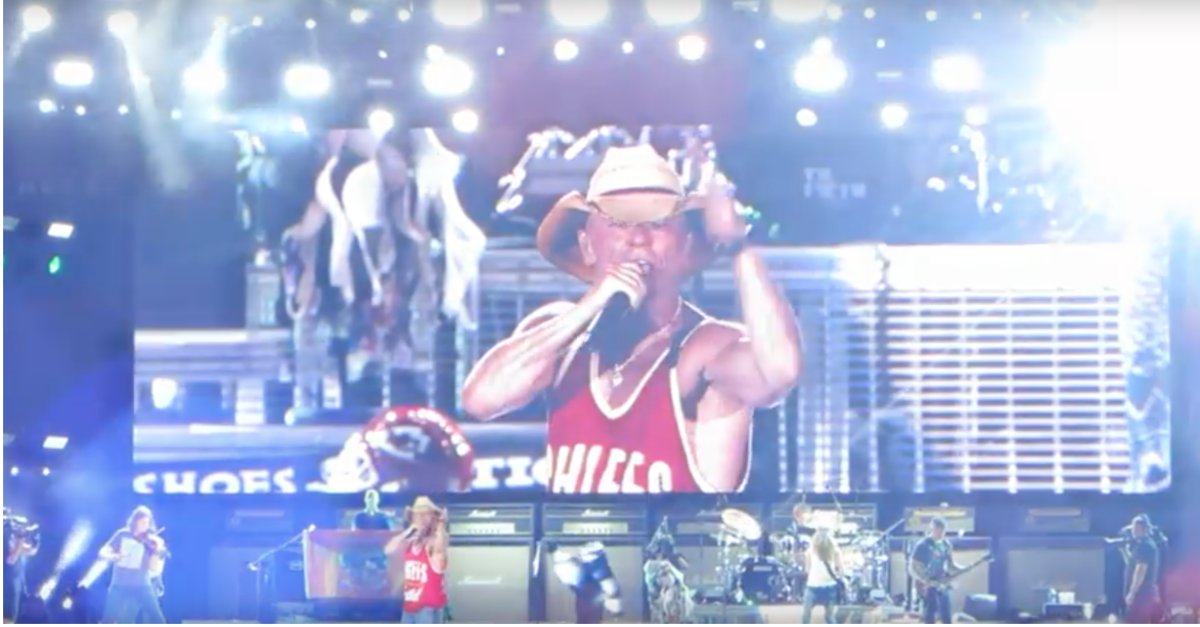