In 2010, a proposal to build a mosque near Ground Zero in New York City was met with widespread public backlash. The mosque was supposed to be an education center that would also include a memorial to the victims of 9/11. But to critics, any conversations about religious tolerance or making distinctions between extreme and mainstream Islam were unwanted.

“I think it’s despicable,” said Rosemary Cain in 2010 of the proposed mosque. Her son, George, was a firefighter killed in the attacks. It’s a “slap in the face,” she added.

A slap in the face.

The reignited debate over what to do with Confederate monuments has forced many to consider, or reconsider, the statues that litter the South. Opposing the Confederate flag is simple and obvious. But does tearing down Lee also lead to Thomas Jefferson next, as President Trump asked? I don’t agree with scrubbing our founding generation, and their Constitution, however hypocritical, remains a crowning achievement in republican democracy.

The actual solution to Confederate monuments is simple enough: the taxpayers of any locale –Charlottesville included, where citizens voted to remove their Robert E. Lee statue — should have the right to decide whether these monuments stay or go.

But what should we think about the enduring existence of Confederate monuments in 2017?

It’s hard to become angry at those who lost loved ones on 9/11 that were angered by the Ground Zero mosque. Yes, it’s offensive and inaccurate that they would equate all Muslims with the hijackers, but the irreparable tragedy they’ve suffered must be included in the conversation. It’s naturally one of the most significant parts of any such conversation.

There are many well-meaning people who admire or honor Robert E. Lee who are not coming from a hateful place in defending these symbols. Still, how could black Americans possibly see these statues as anything other than white supremacy? How could they see Lee or the Confederate flag as anything other than racial terrorism?

It’s a slap in the face.

You can’t have a conversation about monuments to the Confederacy without including the black perspective, which might seem like an elementary statement on its face, but ignoring that perspective is precisely how we have arrived at this juncture today. Those statues exist in the first place because black Americans weren’t included in their creation, and the monuments serve as a reminder of that exclusion.

That doesn’t mean I think we should necessarily remove every vestige of the Old South, but perhaps we ought to change how we think about these monuments.

But a Confederate statue is something different. We certainly shouldn’t build new ones, but perhaps we should pause before tearing down the old ones. Because, while Charlottesville shows that a cretinous minority still glorifies those statues, the vast majority, I think, see them as I do: as an invitation to consider America’s original sin and the enormous bloodshed that followed. Depose too many of those bronze equestrians and you could end up blotting out history rather than respecting it. Yes, it would have been nice had they never been erected, but they were, many of them for terrible reasons, and that in itself seems worth remembering. Such recollection might be uncomfortable, but this was an uncomfortable time in our history. It shouldn’t be sterilized.

RARE POV: Why I’m uneasy about tearing down Confederate statues

The Atlanta Journal and Constitution’s Jay Bookman writes similarly of the Confederate carving in Stone Mountain, Georgia: “If it has become an embarrassment, good. Let it serve us always as an embarrassment, and as a reminder of the false stories that we can tell ourselves.”

Americans are divided on whether the statues should come down, with a slight majority favoring keeping them. Some will no doubt continue to view in them in a more positive light, while others as will continue to see them for what they also obviously are — monuments to racist terror. 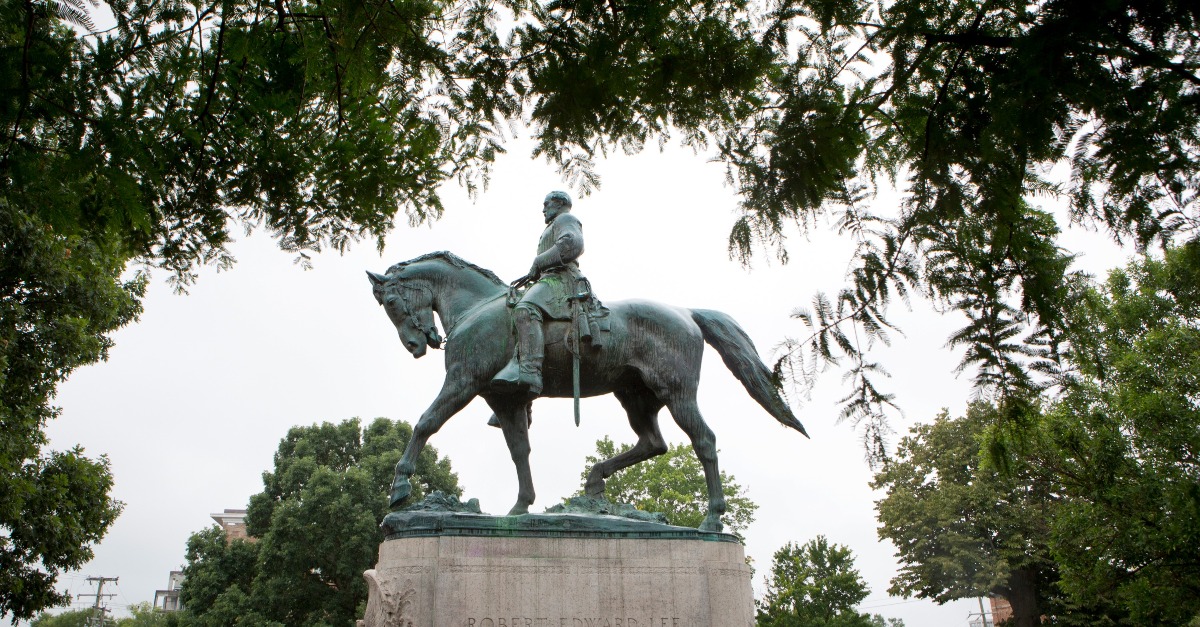