Three teens who decided to rob their local Applebee’s in Houston this week left the store with their pockets empty and their hands cuffed. Some time around 1 a.m., two of the youths entered the restaurant and one of them approached the cash register at the bar where he demanded money.

KTRK reports that one of the men had a knife and a customer told him to put it down. When the would-be thief lunged at him, the customer tacked him to the ground. The manager then held the suspect on the ground until deputies arrived.

RELATED: After a terrifying armed home invasion, two Houston brothers are recovering from their gunshot wounds

The teen at the cash register was foiled when two employees grabbed him from behind and threw him to the ground. A video captured on the scene shows employees holding the robbers on the floor and awaiting police.

Officers approached a third suspect who was waiting in a getaway car in the parking lot. She drove away but the police apprehended her a few blocks down the street. The names of the suspects have not been released as they are between 15-16 years old. All three have been charged with aggravated robbery.

Hopefully, next time they go into Applebee’s, they’ll settle for a hamburger. 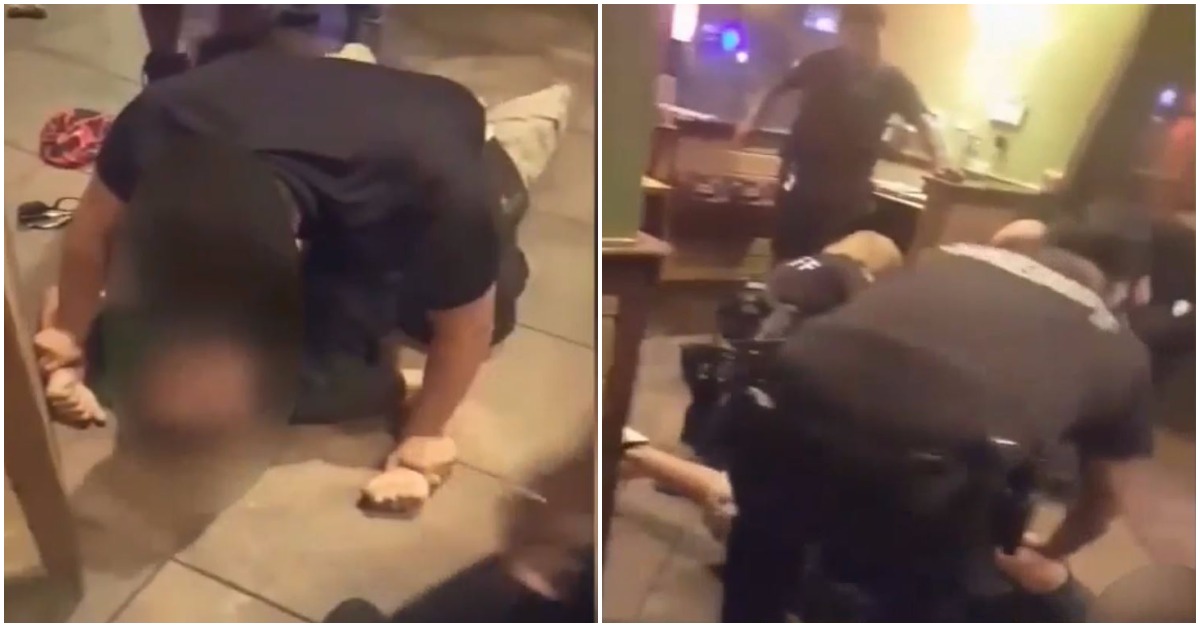