Bulldozers claimed another piece of Houston’s history this week with the demolition of a mansion designed by famed architect John Staub, who was one of Houston’s most sought after residential architects of the 1920s and 1930s.

RELATED: City of Houston wants dilapidated building cleaned up, but the owners say they want money for it

The historic home, once nestled in River Oaks, is no more.

Named Hanszen after its original owner oilman Harry C. Hanszen, the home has captured hearts since it was completed in 1930.

The mansion at 2945 Lazy Lane was once home to John Mecom, Jr., the only son of oil-tycoon John Mecom, Sr.

Mecom, Jr., known for his bright personality and charm, raised his family in the spacious three-bedroom home with a lawn for entertaining.

Evoking the Revival style Staub was famous for, the home adorned the street like an image out of a fairy tale brought into real life. Unlike Staub’s other designs, the home featured touches of the medieval style, added to appease the home’s original owner, who had recently returned from Europe when he contracted with Staub to design the home.

Staub had a talent for combining different architectural styles to create an imaginative feel for his homes that made each home unique. Nearly a decade after many of the homes were built, they are still sought after by buyers in the Houston housing market.

For nearly one hundred years the Hanszen Mansion collected memories and inspired a city to dream. Now all that remains of its history are broken boards and a crumpled chimney.

I'm so sad I could cry. This was one of the best houses in River Oaks. #sad #depressed #houston #riveroaks #staub https://t.co/G4ZePaYbKu 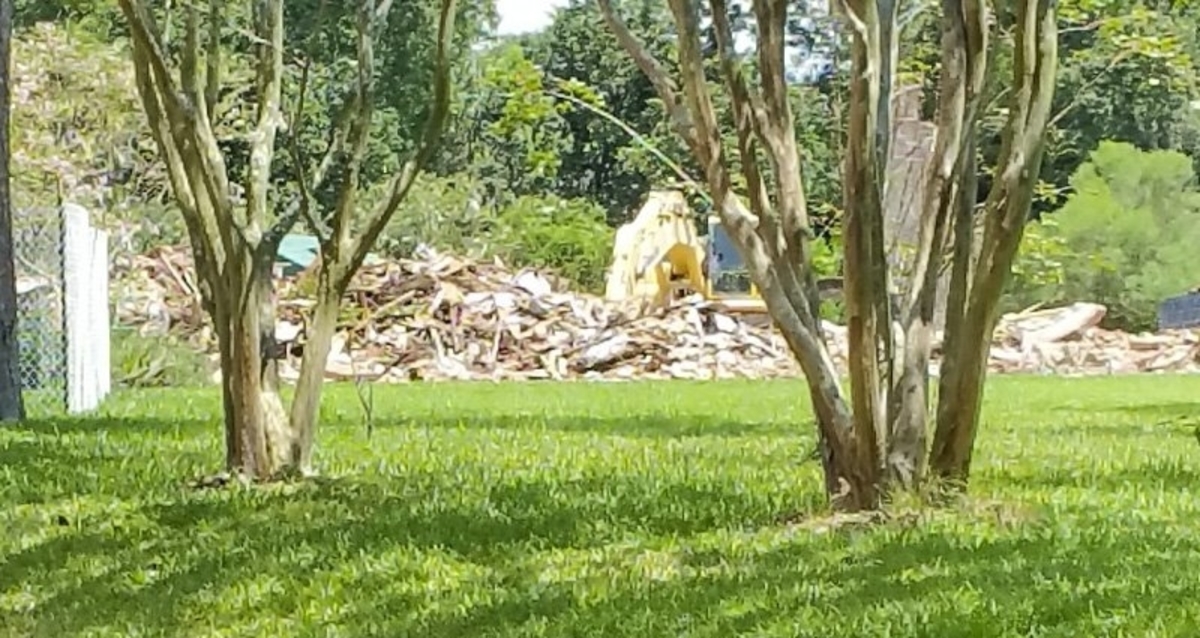