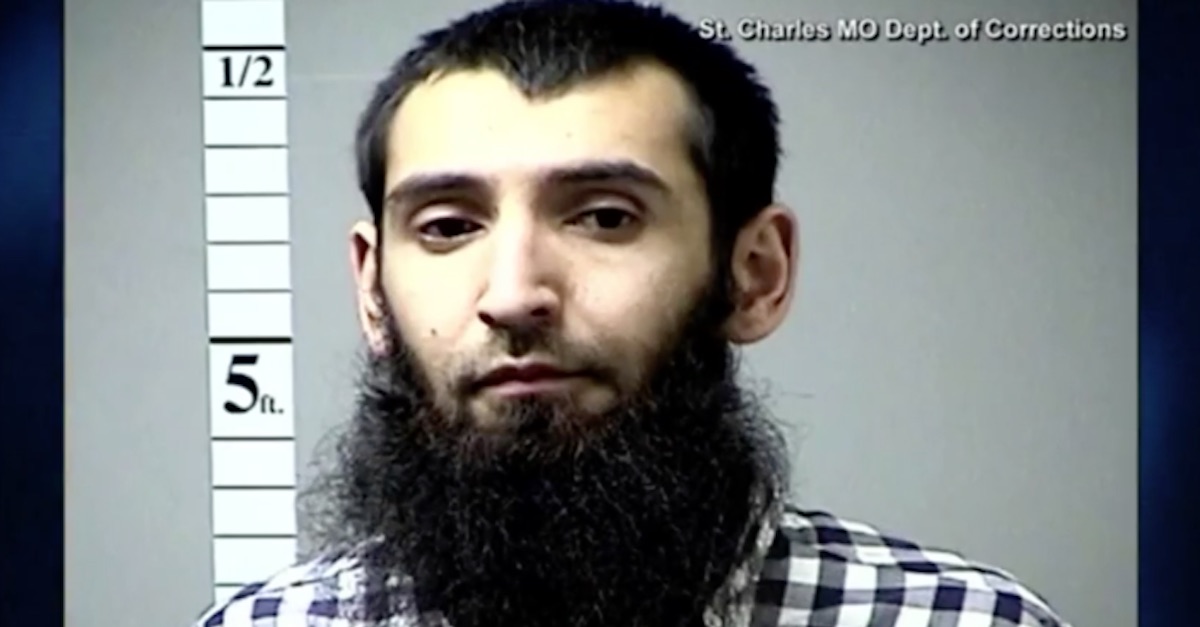 As police officials describe 29-year-old Sayfullo Saipov as seeming “proud” and lacking remorse for a truck attack that killed eight and injured 13 Tuesday in New York City, we have learned that Saipov was on the radar of federal agents as early as 2015.

News broke on Halloween afternoon that a mass casualty situation had occurred in Manhattan. Details of a suspect running around with fake guns yelling “Allahu Akbar” and leaving a note pledging allegiance to ISIS soon followed, as well as his arrest and identification.

Additional details about Saipov published Wednesday morning add a disturbing twist, as it was revealed that he was interviewed by federal agents in 2015 in connection with the disappearance of two men on a list compiled by the Counterterrorism and Criminal Exploitation Unit.

The Uzbekistan-born Saipov moved to the U.S. in 2010 through the “Diversity Visa Lottery Program,” according to President Donald Trump, but five years later Saipov was contacted by federal agents, ABC News reported.

The terrorist came into our country through what is called the "Diversity Visa Lottery Program," a Chuck Schumer beauty. I want merit based.

This is the relevant nugget from that story:

In 2015, Saipov was was interviewed by federal agents because he was listed as a point of contact for two men whose names were entered into the Counterterrorism and Criminal Exploitation Unit’s list after they came to the U.S. from “threat countries,” overstayed their tourist visas and vanished, a federal official told ABC News.  Saipov was never the main focus of these investigations, and he was never the subject of his own case file.

Two men who have not been named came from “threat countries,” disappeared after overstaying their tourist visas and Saipov was a point of contact.

While links on Saipov’s social media showed connections to people who “are or were subjects of terror investigations,” he is not, at this time, believed to be part of a larger terror cell.