‘I’m Not Going to Let You Die’: Pregnant Mom Saves 3 Girls From Drowning in Lake 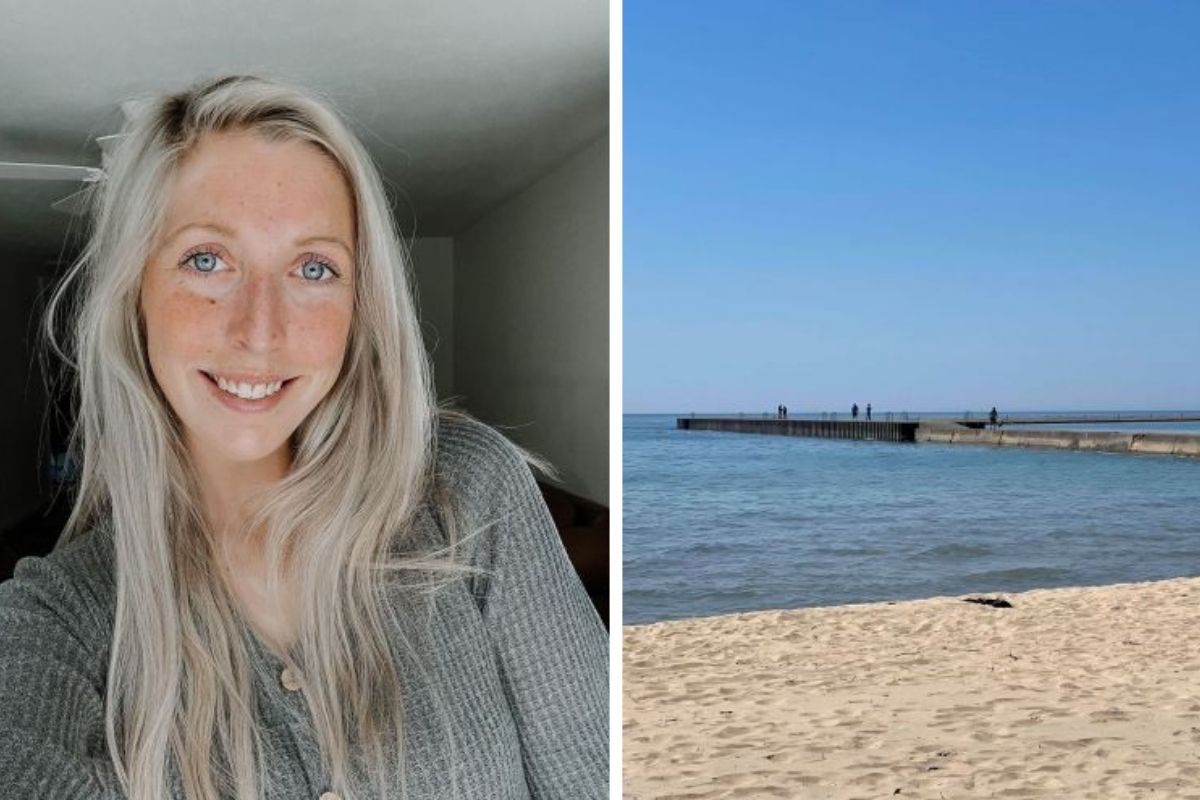 A mother from Michigan is now being praised as a hero for thinking quickly on her feet after saving a group of girls from drowning in Lake Michigan. Alyssa DeWitt, who is 5 months pregnant with her fourth child, decided to visit First Street Beach with her three young children on May 25th in the city of Manistee.

When the family arrived at the beach, the mom said that there were two halves where visitors could spend time together. The family opted to hang out on the right side of the pier. She stated, “I’ve always taken them to the left, so I’m not sure why I chose that side that day. And I don’t really think it was a coincidence that I did.”

She noted that the winds were howling and the waves were getting bigger by the minute. She had noticed a group of girls get into the lake and slowly watch them move further out in the water. She stated, “The next thing I knew the arms were waving in the water, so I kind of knew immediately that they were in trouble.” The mother quickly jumped into action pulling her own children, ages 6, 3, and 2, out of the water and telling them to stay on the sand and wait. She then ran to the edge of the pier where the girls were struggling and called 911, but unfortunately, the high winds made it difficult for the 911 dispatcher to hear her. There was also no one else on this side of the beach.

Dewitt explained, “When I got to the edge where they were, they could barely keep their heads above the water at that point. So I knew right away if I don?t do something these kids are going to drown.” While on the phone with 911 she set her phone down and then laid on her stomach along the edge of the pier in order to try and pull out the three girls safely. She noted, “There were a couple of times where I had gotten them partway up, and the waves would come and they would smash into us and pull them back down and we?d have to start all over.”

One of the girls began to struggle and couldn’t stay above the water, repeating telling the pregnant mom that she was going to die. Seeing the fear in the child’s eyes, Dewitt stated, “I just kicked it right into mama bear mode. looked at her and said, ?I?m not going to let you die. I?m going to get you out of this water, I promise.?”

That’s when according to her, her “super strength” kicked in, and was able to pull out all the 3 girls over the pier wall. A fourth girl was able to make her way in enough so that the mom could help her out of the water from the shore. Luckily, the emergency crew quickly arrived at the First Street Beach pier soon after they made it to the sand. The drowning children only suffered minor injuries, mainly bruises and escapes. DeWitt and her unborn baby were also checked out and are doing okay. The mom said she was grateful for her three young children who waited on the beach during the incident.

She stated “At the end of the pier watching, my 2-year-old was pretty freaked out and he kept trying to run out onto the pier to me,” DeWitt said. “My 6-year-old would just pick him up and take him back to the sand for me. She stayed really calm. I was super proud of her.”

After the incident, she decided to share an emotional post on Facebook recounting her experience. Ever since she posted, it has been shared hundreds of times and has received several comments from both strangers and friends praising her heroic actions. She encouraged parents to stress water safety to their children in order to prevent any further incidents of tragedies.

Watch: Mom Runs a Mile Under 6 Minutes While 9 Months Pregnant