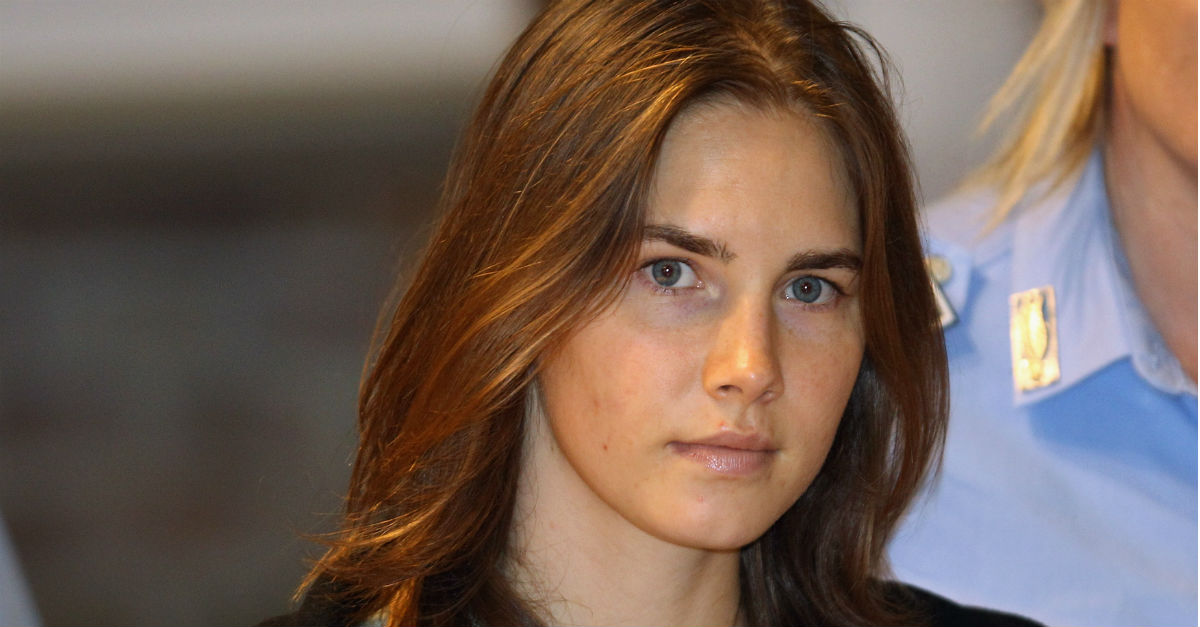 Oli Scarff/Getty Images
PERUGIA, ITALY - SEPTEMBER 29: Amanda Knox is escorted to her appeal hearing at Perugia's Court of Appeal on September 29, 2011 in Perugia, Italy. Amanda Knox and Raffaele Sollecito are awaiting the verdict of their appeal that could see their conviction for the murder of Meredith Kercher overturned. American student Amanda Knox and her Italian ex-boyfriend Raffaele Sollecito, who were convicted in 2009 of killing their British roommate Meredith Kercher in Perugia, Italy in 2007, have served nearly four years in jail after being sentenced to 26 and 25 years respectively. (Photo by Oli Scarff/Getty Images)

Amanda Knox is standing firm after President Trump stated his disappointment in her decision to endorse former Secretary of State and Democratic presidential nominee Hillary Clinton in the 2016 election.

Trump stood up for Knox in 2011 after she was accused of the murder of her roommate while living in Italy:

@AmandaKnox is innocent. Italian government should pay for this travesty.

RELATED: Casey Anthony makes headlines after being photographed playing with a baby

Knox wrote an article in the LA Times questioning whether or not Trump’s support in her murder case meant that she had an obligation to support him in the presidential race.

“Never mind that Trump doesn’t share my values,” she wrote after recalling some of the nasty messages that were sent to her from Trump supporters:

This conviction is both undemocratic and dangerous. Just as a person’s support of me should not be based upon my politics or identity, hinging instead on the fact of my innocence, so should my politics hinge on the merits of policy, not personal loyalty.

Though Knox thanked Trump for recognizing her as “a fellow American who deserved to be assumed innocent until proven guilty,” she condemned his quickness to condemn the already settled, racially-charged Central Park Five case, despite the DNA evidence that exonerated all five black men involved.

Knox wrote that the only loyalty she “wholeheartedly” supported was “loyalty to our ideals of due process, equal protection under the law, the freedom to speak one’s mind and to vote according to one’s principles.”