Amazon to Hire 100,000 Delivery and Warehouse Workers Amid Coronavirus Shutdowns 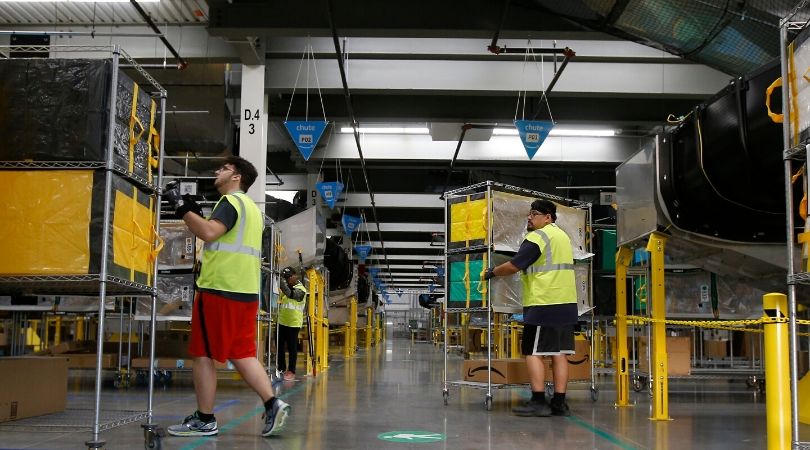 Amazon is here to save the day…again! Amid all the Coronavirus shutdowns that have quickly been popping up, the company has announced they will be hiring an additional 100,000 employees in the United States. The company also announced a $2 raise pay through the end of April for hourly employees.

The increased hiring will bring Amazon’s workforce to nearly 800,000 worldwide. Employees in the United Kingdom and in other European countries are also expected to get a similar raise.

NEW: Amazon says it needs to hire 100,000 people across the U.S. to keep up with a crush of orders as the coronavirus spreads and keeps more people at home, shopping online. https://t.co/u9Ov9HKNq9

The Seattle-based company stated the job openings are for part-time and full-time positions, and also include delivery drivers and warehouse workers who shift and pack orders to shoppers. As the Coronavirus spreads and a surge of orders are emerging, they noted, “We are seeing a significant increase in demand, which means our labor needs are unprecedented for this time of year.”

“We also know many people have been economically impacted as jobs in areas like hospitality, restaurants, and travel are lost or furloughed as part of this crisis. We want those people to know we welcome them on our teams until things return to normal and their past employer is able to bring them back.”

The new hiring is designed to help several Amazon workers as they are dealing with an increase in workload following the Covid-19 outbreak, which is causing people to shop online more. The company noted that due to the virus, it has seen a sharp increase in online retailers which is why several popular brands and household cleaning supplies have run out of stock. Meaning, there are delays in normal delivery drivers. This after President Donald Trump announced Americans to avoid gatherings of more than 10 people.

Amazon plans to hire an additional 100,000 workers in the U.S. as consumers rely on deliveries amid the spread of coronavirus https://t.co/e5Nv2pb3yW

Just this Sunday, Amazon experienced several technical glitches for its Amazon Fresh and Whole Foods grocery store services as it dealt with a large spike in online grocery stores. Amazon will make other preventative measures including the launch of a $25 million fund to support their partners and are offering unlimited unpaid time off for warehouse workers. Amazon is the second-largest U.S. based employer, Walmart being the first.