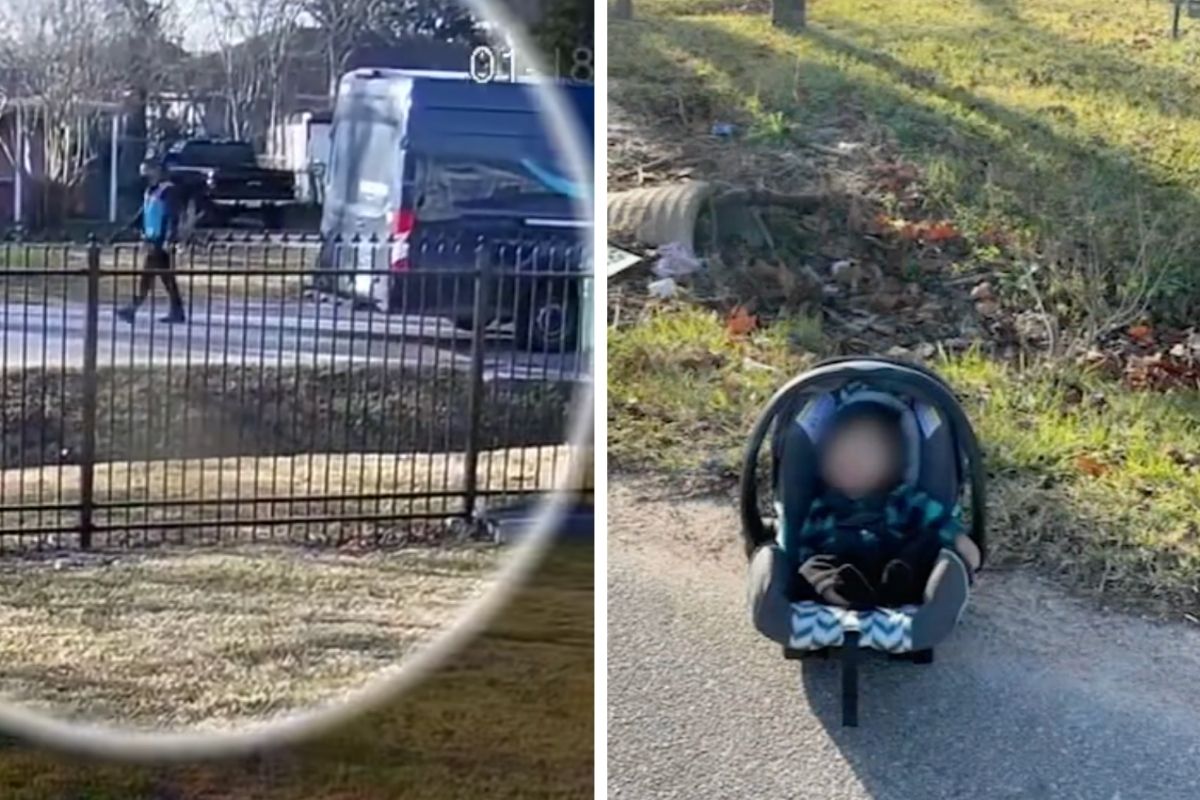 An Amazon delivery driver helped rescue a baby that was abandoned on the side of the road after an apparent carjacking that took place in Houston Texas. Driver Juan Carlos Flores stated that he spotted the newborn strapped into a car seat while on his way to his delivery route in a Northern Houston neighborhood. The driver stated, “The first thing I think, this is not normal, that a baby can be on the side of the street. It’s not normal.” The driver stated that when he realized that it was a newborn in the carrier, he “wanted to cry.” He noted, “How could someone have a heart to leave the child on the side of the road?”

Thinking quickly, the delivery man took the baby to a neighbor who then took the child inside the home and then called the police. As the Amazon driver continued his daily route, he spotted police nearby searching for the infant, and he sent them to the neighbor’s home. Police say the carjacking occurred when the baby’s mother had left the car to check that she had locked the apartment. But when she returned to the parking lot, the vehicle and the baby were both gone.

Surveillance cameras at the home across from where the newborn was found showed a suspect of leaving the baby and then later ditching the stolen car nearby. Mirna Garcia spoke with local news, stating, “He must have realized pretty quickly that there was a baby in the vehicle.” Garcia Stated that her home cameras also show the baby was there for around 20 minutes before the Amazon delivery driver came to the rescue.

The homeowner noted, “There were about six vehicles that drove by, and nobody saw. It was also trash day that day, so we wouldn’t have realized something was there on the corner.” Thankfully, local police have now reunited the baby with the mother and they are bo safe. No suspects have been arrested in connection to the terrifying case.