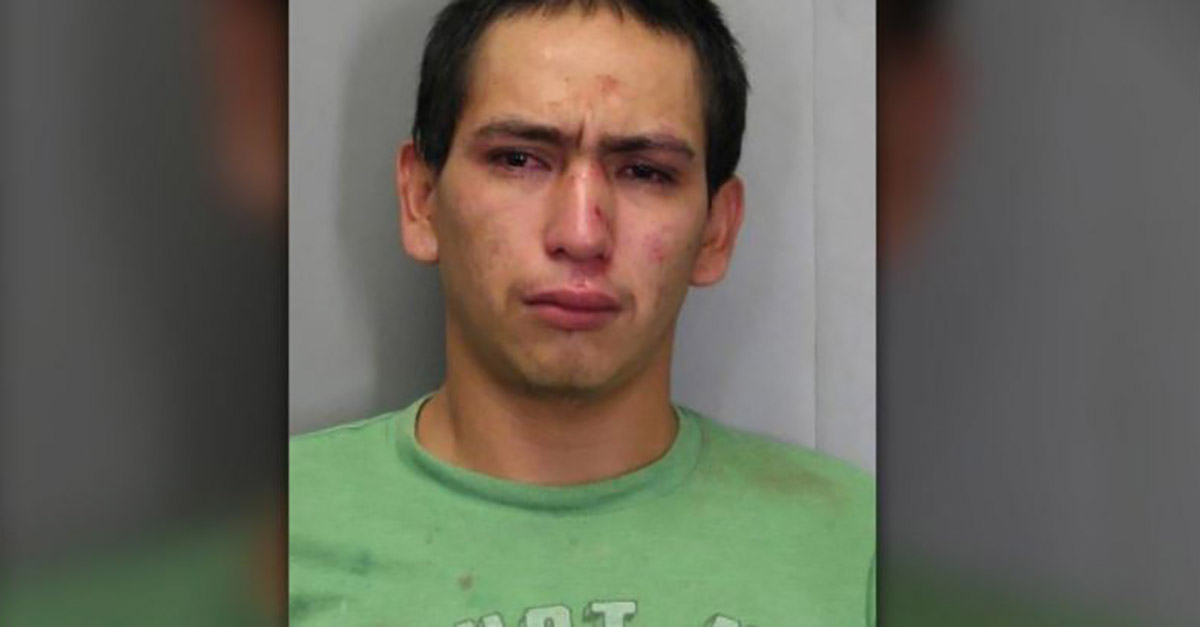 A Virginia man wearing a “Trust Me” t-shirt showed he was just the opposite after being arrested along with an accomplice for stealing an unlocked car, police claim.

RELATED: He crashed a car right outside the police station and his t-shirt explains the whole story

According to authorities, at approximately 6:30 a.m. on Dec. 23, a resident of Falls Church left a Honda Civic warming up on the street with the doors unlocked. It was missing by time she returned to the scene. The men were pulled over in the stolen care blocks away during a traffic stop, according to the Washington Post.

Police say they also discovered altered and forged checks in the car. Garcia, who was wearing the “Trust Me” shirt, is facing an additional two counts of forgery.