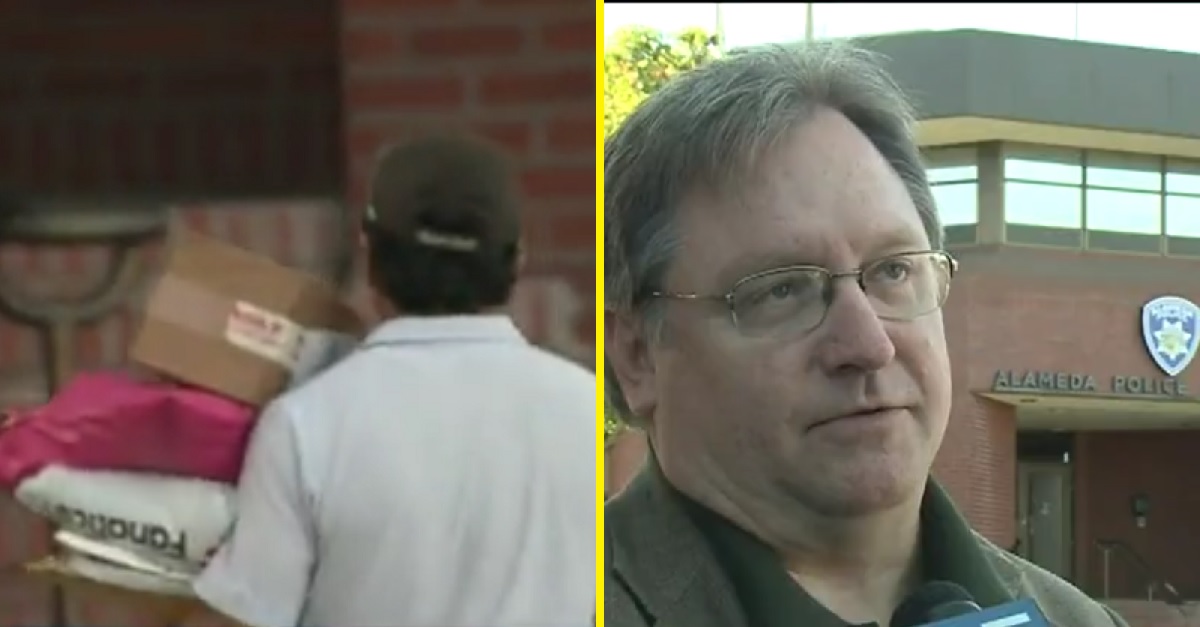 Northern California residents are on edge after a police officer was the latest to be targeted by mail bombs that police say are likely being delivered by one suspect.

An 11-inch-long package bomb addressed to the officer, whose name is being withheld at this time, exploded when his wife opened the package on Friday, according to CBS Los Angeles. As she opened the explosive, she found it suspicious and threw it, which prevented more serious injury.

A team made up of local, state and federal investigators is investigating the bombing, including the US Postal Inspection Service and the Bureau of Alcohol, Tobacco, and Firearms (ATF). Fitch says the bombings are “very serious” and a “serious federal offense.”

At this time, it’s not clear why the bomb was mailed to this address, or if there’s an organized group or formal motive behind it.

Worse, it’s the second such bomb in as many months. On October 19, a bomb exploded at a home in East Palo Alto, California, a city on the other side of San Francisco Bay.

In that bombing, a man named Ricardo Maldonaldo was injured when he opened a package concealing a bomb, according to the Palo Alto Daily Post.

Some Californians compare the bombings to the work of the Unabomber, Ted Kaczynski, an American terrorist who killed three people and injured 23 in a spree lasting from 1978 to 1995. Kaczynski was captured in 1996 and is currently serving a life sentence in Colorado.