An internet-famous cop turned U.S. rep is raising eyebrows for his reaction to the London terror attacks 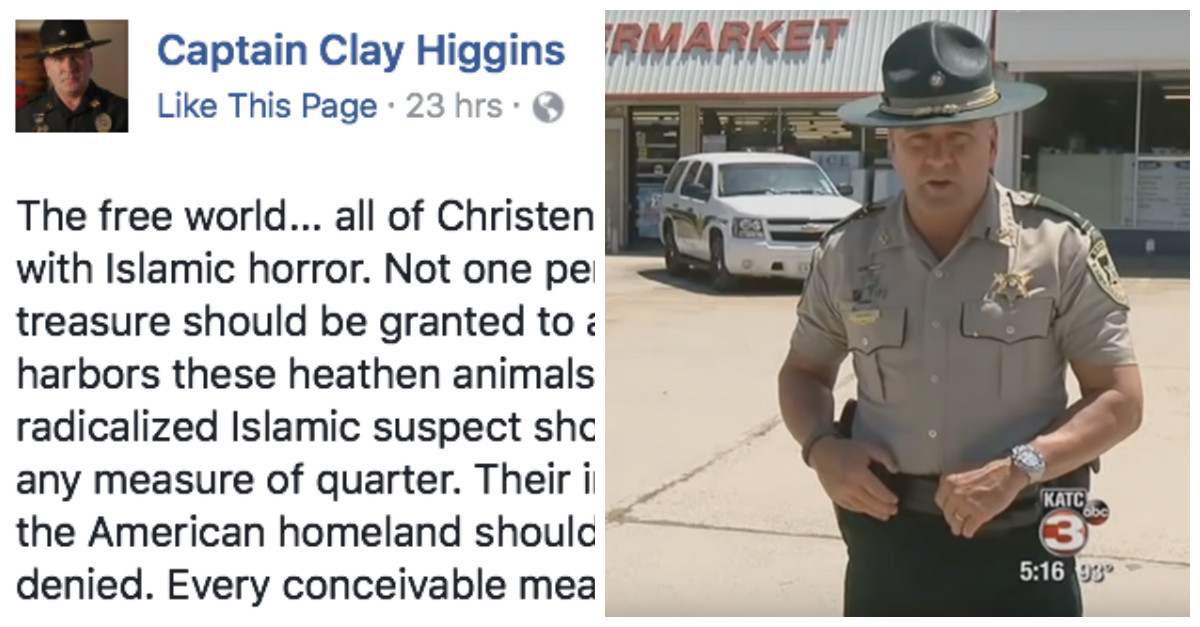 A Republican U.S. representative from Louisiana, who has made a name for himself in the past for his viral videos of himself as police captain sternly warning criminals to change their ways or else, wrote on his Facebook page Sunday that “not a single radicalized Islamic suspect should be granted any measure of quarter.”

Here’s what he wrote:

The free world… all of Christendom… is at war with Islamic horror. Not one penny of American treasure should be granted to any nation who harbors these heathen animals. Not a single radicalized Islamic suspect should be granted any measure of quarter. Their intended entry to the American homeland should be summarily denied. Every conceivable measure should be engaged to hunt them down. Hunt them, identity them, and kill them. Kill them all. For the sake of all that is good and righteous. Kill them all.

Debate is raging under the post, and many are taking issue with the idea of U.S. congressman recommending the killing of “suspects,” that is, people not yet proven guilty. Higgins has, as mentioned, made a name for himself on the internet for his similarly worded messages for wanted gang members.

“You will be hunted, you will be tracked.” Higgins warned at the time. “If you raise your weapon to a man like me, we’ll return fire with superior fire. I’ll meet you on solid ground anytime, anywhere, light or heavy, makes no difference to me. You won’t walk away.”

RELATED: A badass police captain sent a message to murderous gang members and if they were smart they’d listen

“Come forward with information about these heathens that have terrorized your community,” he said. “Take a close look behind me. Standing next to every cop is a leader of our black community. This is not about race. This about right versus wrong.”

“You don’t like the things I’ve told you? I’ve got one thing to say. I’m easy to find,” he ended.

Higgins did the same in a video addressing a thief who broke into a local supermarket.

That video was viewed more than 2 million times.